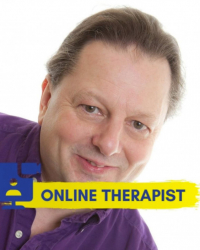 One of only a very small number of hypnotherapists in the UK (and probably Europe) to hold an MSc in Clinical Hypnotherapy - you will not find a higher qualified hypnotherapist!

In fact, The organisers of the 2016 UK Hypnosis Convention, (where Garry is a regular speaker, having been asked to present every year) hailed him as 'one of the top thirty hypnosis experts worldwide!'

Yet, Garry still charges rates that are below many 'lesser' qualified therapists.

Referred to in the industry as 'The Hypnotherapist's Hypnotherapist' due to the number of hypnotherapists Garry offers treatment, training and mentoring for, Garry also counts numerous Doctors, Psychologists, Psychotherapists and Counsellors amongst his patients (and has taught many of them hypnotherapy) and is seen as the 'goto' hypnotherapist for the more challenging cases from all over the UK (and abroad).

Garry is also one of the few hypnotherapists actually contracted to the NHS for hypnotherapeutic work, he consults on a regular basis at a major hospital specialising in oncology based hypnotherapy work. He also practises from within a local GP surgery, with the GP's referring many of the patients directly. In addition he receives hospital referrals and referrals from many other local GPs and Health Care professionals.

Practising as a full time therapist for many years, Garry has busy private practices in five locations in the South East; Farnham and Guildford in Surrey, Odiham and Fleet in Hampshire and Harley Street in central London (all at prices you can afford).  Zoom (or other online communication) sessions are available for certain approaches and conditions for those based overseas, or preferring not to travel to 'in person' sessions.

In addition to regularly speaking in the UK, Garry is a regular speaker at hypnosis conferences worldwide (including Hypnothoughts Live in Las Vegas, Hipnoseday in Brazil, and Hypnobiz in New York, Canada and The Netherlands, in addition to many others).

Garry presents 'sold out' specialist hypnotherapy training courses to doctors, psychologists and hypnotherapists throughout the world, (particularly on Hypno-Oncology), having taught to excellent feedback to doctors, psychologists and hypnotherapists in the UK, Europe, the USA and the Middle East, and is also sought after as a guest lecturer on post graduate university training courses. His first academic book- Hypno-Oncology: Hypnotic Interventions for the Cancer Journey is due to be published towards the end of 2021

Garry carried out the first ground breaking UK clinical research project into the effects of pre-surgical hypnotherapy on the recovery quality in breast cancer biopsies. The results were acclaimed and are awaiting publication.

Garry was recently elected, for a second term, (by his peers in the industry), to the Hypnotherapy Profession Specific Board (PSB) for the Complementary and Natural Healthcare Council (CNHC) where he advises the CNHC on all aspects of hypnotherapy governance, ethics and training. He also comprised of one third of the team who formulated the 'core curriculum' for hypnotherapy training in the UK. Garry also is an exam marker for the Australian hypnotherapy board.

MSc Clinical Hypnotherapy (one of only six practitioners in the UK!)

In the USA Garry is a Certified Hypnotist with the National Guild of Hypnotists.

Creator and Founder of 'Hypno-Oncology'

Being registered/accredited with a professional body means an individual must have achieved a substantial level of training and experience approved by their member organisation.

The British Society of Clinical Hypnosis (BSCH) is a national professional body whose aim is to promote and assure high standards in the practice of hypnotherapy.

There are various types of membership of BSCH, including associate members, full members, diplomats and fellows.

The CNHC encompasses many types of alternative therapy, including hypnotherapy.

A practitioner must also have professional insurance and agree to abide by the CNHC Code of Conduct, Performance and Ethics.

Members are either registered at Practitioner status (which confirms that the GHR acknowledges their qualification to practice), or Affiliate status. Although Affiliate level registrants will have completed a sufficient number of training hours to equip them to commence seeing clients on a limited basis, the GHR does not acknowledge them to have yet been trained to full practitioner level.

All GHR Registered Practitioners are required to accept the published Code of Ethics and Complaints & Disciplinary Procedure.

The National Council for Hypnotherapy holds one of the largest registers of independent Hypnotherapists in the United Kingdom and strives to maintain the highest standards among its members.

The Accredited Register Scheme was set up in 2013 by the Department of Health (DoH) as a way to recognise organisations that hold voluntary registers which meet certain standards. These standards are set by the Professional Standards Authority (PSA).

This therapist has indicated that they belong to an Accredited Register.

Varies depending upon location, time of day and treatment required.

Beware! Hypnotherapy in the UK is currently unregulated.

The majority of practitioners are part time and generally poorly trained and lack experience seeing hypnotherapy as merely an extra income stream.

More and more of the qualifications held by practitioners are being touted as 'post graduate'. However in reality they are only considered to be 'post-graduate' by the course provider, not being accredited to any university or government organisation. Why not find out whether a prospective hypnotherapist you are considering seeing actually has government recognised qualifications, very few have. Also there are many companies awarding 'certificates' and 'diplomas' for a single day of study, again get any prospective provider to tell you how long they trained for (and with whom) for qualifications they are claiming to hold.

Also beware of many dubious claims and 'associations' to the NHS and other credible organisations. Some claim to be 'associates' of organisations, 'associate' is simply that, i.e. they are not qualified to be entitled to full membership!

There is also no such thing as an NHS registered hypnotherapist! Many have an NHS provider code, which anyone can apply for, (such as a cleaner), but misleadingly claim this as being 'registered'

Wheelchair-accessible premises should have step-free access for wheelchair users and individuals who are unable to climb stairs. If a Hypnotherapist's premises aren't step-free, they may offer alternative services such as telephone/web-based appointments, home visits, or meeting clients in different location, so you can choose the option that suits you best.

You can contact the Hypnotherapist to discuss the options available.

Garry is approved by the GHR and the BSCH as a supervisor.