Milton Erickson is considered by many as ‘the father of modern hypnotherapy’. His work has influenced many forms of therapy, including short-term therapy, neuro-linguistic programming (NLP) and guided imagery.

What is Ericksonian hypnotherapy?

In this video, hypnotherapist Heather Fletcher explains Ericksonian hypnotherapy; what it is, how it came about and how the approach may benefit you.

Hypnotic trance (altered awareness) exists in many different forms and affects us all in everyday life. Trance is often recognised and used to promote change, such as in hypnotherapy. But these states are actually something we experience every day without realising, like daydreaming. Traditional hypnotherapy is the use of this altered awareness for therapeutic purpose. It uses direct suggestion to promote positive change in behaviour.

Usually, indirect suggestion is disguised as a story or metaphor, for example: “Your eyes may grow tired as you listen to the story, you’re allowed to close them and you can. If you close your eyes you may experience a pleasant and deep sense of comfort as you begin to relax.”

This type of suggestion hints at the possibility of the client’s eyes closing, rather than being a direct command. Erickson discovered that this type of suggestion worked effectively without conscious resistance. Throughout his work, he developed ways of initiating change with what, on the surface appeared to be a normal conversation. This allowed the subconscious to be helped, without the resistance of the conscious mind.

Each person is a unique individual. Hence, psychotherapy should be formulated to meet the uniqueness of the individual’s needs, rather than tailoring the person to fit the Procrustean bed of a hypothetical theory of human behaviour.

Who is Milton Erickson?

Milton Erickson was a psychiatrist who specialised in family therapy and medical hypnosis. At the age of 17, he was paralysed by polio. Immobilised by his condition, the young Erickson began to observe the people around him. He became strongly aware of the importance of nonverbal communication, such as body language and tone of voice, and the way these often contradicted what was actually being said.

He became increasingly interested in behaviour and why people act as they do. He wanted to learn how certain acts can be influenced to produce a different outcome.

Spanning over 50 years, Erickson’s work sparked a fundamental shift in modern psychotherapy and revolutionised the practice of hypnotherapy. Ericksonian hypnosis is now considered a highly effective type of therapy.

The key elements of Ericksonian hypnosis

Erickson had a unique approach to hypnotherapy, and so it’s believed that many of his methods died with him. But there are certain elements to his approach that have been recognised, analysed and refined, and are now key parts of Ericksonian hypnosis.

Having flexibility in the approach

Erickson was highly flexible and would adapt his approach with each client. He understood that each individual client would need a tailored approach. Sometimes he would be indirect and soothing, sometimes he would be direct and aggressive. Other times, the hypnosis he used would barely be recognised as hypnosis at all.

Erickson was skilled in tailoring his sessions. He would spend time getting to know the client to help him understand their experience and use this to promote change.

Working with symptoms for change

Erickson often saw client problems as a process. He believed the symptoms were a part of this process, so he would focus on changing the symptom (for example, its intensity or location) in order to change the entire pattern of the problem. For example, if a client with a compulsive urge needed to wash their hands 50 times a day, Erickson would instruct them to wash 100 times. He believed this would change the behaviour from an internal compulsion to an externally imposed chore, thus becoming less compelling.

Erickson believed the unconscious mind contained all the necessary resources to bring about positive change, so he focused on engaging the unconscious by any means available.

He didn’t believe in the Freudian notion that the cause of problems needs to be removed from the past. The language of the unconscious is imagination and metaphor. Erickson knew this, so metaphors, therapeutic stories, jokes and riddles were a crucial element of his work.

Erickson recognised the importance of hypnosis as a therapeutic tool. It was this understanding that led to the development of indirect or 'conversational' hypnosis. This new method moved away from traditional hypnotherapy and the direct instruction of ‘entering a trance-like state’ and instead, adopted a more subtle approach, known as Ericksonian hypnotherapy.

As well as the use of indirect suggestion and the elements noted above, there are a number of Ericksonian hypnosis techniques that may be employed in this approach, such as:

As mentioned, metaphors and stories are key features used within Ericksonian hypnotherapy. The stories are often multilayered, serving the purpose of entertaining the conscious while also working with the subconscious. Clients may not always understand how the problem is being addressed, but will nevertheless experience the benefits.

When discussing his approach, Milton Erickson noted that almost all of his techniques involved the use of confusion. The idea would be to use complex language and vague language patterns to distract the client’s conscious mind. As they tried to follow what was being said, the client would experience mental overload and move into a highly attentive state, which Erickson believed was ideal for dropping in positive suggestions.

A well known Ericksonian technique, the handshake induction can be used to interrupt the subconscious process we have when shaking hands. Known as pattern interruption, this is believed to help open the mind to suggestion.

As with all hypnotherapy approaches, it’s best to attend sessions with an open mind and trust in your hypnotherapist. If you’re ever unsure of what will take place in a session or want to learn more about the process, simply get in touch with a hypnotherapist to discuss it - they’ll be happy to talk it through with you.

Search for a therapist 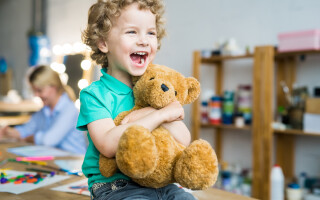 Mindfulness and hypnotherapy for children

Mindfulness techniques and mental health are being discussed a lot in the media, especially for children following... 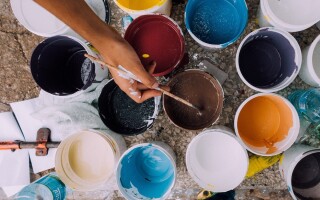 Self hypnosis - with art at it's heart

As a practising clinical Erickson hypnotherapist, I find the link between expressive art therapies and hypnosis... 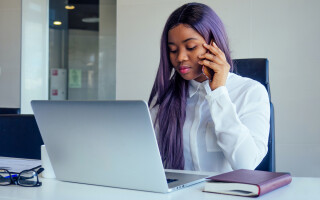 There are several different methods of hypnosis which act like tools to impress, guide, relax, and cure. They can...