Searching for a specific Hypnotherapist? Try our advanced search
What's worrying you?

Feeling sick or being sick is never pleasant. For some people, even the thought of vomit is enough to send them spiraling into a state of panic. We explain what emetophobia is,  the symptoms and effects, and how hypnotherapy can help.

Emetophobia describes the extreme fear of sickness/vomit. You might have also heard it described as a “specific fear of vomiting” (SFOV), “vomit phobia” or “sickness phobia”. This fear might be specific to feeling sick, being sick, or seeing other people be sick. People with emetophobia can suffer severe anxiety in any of these situations, especially when they feel out of control. Emetophobia is not widely diagnosed in the UK, with an estimated 0.1% - 8.8% of the population suffering from the fear of vomit.

Therapists who can help with phobias

A specific fear of vomit can occur at any age, though it typically begins in childhood following a traumatic experience with or a bad memory of vomiting. However, this is not always the case and there can be no obvious cause. Sometimes, anxiety disorders within the family might lend an individual to be more susceptible to emetophobia. It can also stem from related disorders such as obsessive-compulsive disorder (OCD).

Research has suggested that a specific fear of vomit might be the result of an underlying psychological fear of feeling out of control, for example, vomiting in public or feeling like you cannot stop. Vomiting is generally hard to control, so for those who fear sickness, the anxiety around the unknown intensifies.

How can emetophobia affect well-being?

For many emetophobic people, the fear of vomit goes beyond that moment in time, and it can drastically impact their daily life in severe cases. Those who fear becoming ill in public, such as not knowing where the nearest toilet may be, can display avoidant behaviours. They may stay clear of public places, and some may not leave their house at all.

Emetophobia can also mean people stay at home for fear of catching germs in public, which will later lead to them being sick and, when leaving the house, many emetophobic people will follow strict hygiene practices. Some people even fear the thought of experiencing morning sickness so greatly, that they may decide to not have children.

This fear can present obsessive-compulsive disorder (OCD)-like behaviours and stop people from doing what they want to do. This can have a detrimental effect on their well-being, limiting social interaction and increasing levels of anxiety. It may also affect relationships, particularly when it prevents couples from spending time together or if one partner would like to start a family, for example. For people suffering from emetophobia, the thought of vomit determines how they play out day-to-day activities; even something as small as cooking dinner can be triggering due to the thought of getting food poisoning.

Do I have emetophobia or is it something else?

It’s worth noting that most people can self-diagnose themselves with emetophobia, but it’s always recommended to see your GP, as your behaviours and symptoms could be related to something else.

Emetophobia is very closely linked to OCD, as some people with a fear of vomit can experience intrusive thoughts; if they do not do something a certain way, they could put themselves at risk of becoming ill.

In some cases, mysophobia, or ‘germaphobia’ as is more commonly known, might be a more appropriate diagnosis if the person experiences a fear of germs that could make them ill in any way, not just by vomiting. Hypochondriasis or 'health anxiety' could also be reflected in the signs of emetophobia.

Sometimes, people with emetophobia may go on to develop other phobias, such as agoraphobia (the fear of entering crowded or open spaces or leaving home) or eating problems, due to avoiding or restricting foods that they fear may cause vomiting. Getting a professional diagnosis is important so that you can take the necessary next steps to manage it.

The symptoms of emetophobia

If you suspect you, or someone you know, might have emetophobia, there are various signs, symptoms, and behaviours to look out for that can determine a specific fear of vomit. These include avoidance behaviours and safety behaviours, which typically see the person checking/assessing any possible causes of sickness before proceeding with something.

The following can also be signs of emetophobia

I’ve seen this phobia have such a negative impact on my clients.  Unlike most phobias, it is impossible to avoid the trigger, as it lies within your own body’s natural defence system.

One of the main coping strategies, reducing food intake, can cause nausea and bring on some of the symptoms of anxiety, such as dizziness, queasiness, and gagging sensations. This can retraumatise the client even further. Thankfully, simple techniques that begin to calm the body can achieve some instant relief and provide the clients with hope that, over time, we can stop the constant thoughts of sickness and reduce the fear completely.

Can you treat emetophobia?

For those suffering from emetophobia, it might seem like nothing can be done to help overcome a fear of vomit, but the good news is that there are several treatment options available.

Cognitive behavioural therapy (CBT) is a useful treatment for emetophobia. It works by changing the way you think and act when faced with previously triggering events. By replacing the provoking thoughts with alternatives that don’t cause stress, the aim is to gradually face the fear and realise there is no danger.

Gradual exposure is another way that people with emetophobia can re-learn their behaviours and begin to remove the negative associations attached to their fear of sickness. Over time, gradual exposure to triggers removes the immediate fear response and aims to eventually reduce the anxiety in these situations.

Hypnotherapy can also be an effective tool to overcome emetophobia. By entering a deep state of relaxation, hypnosis allows individuals to explore their fear of vomit in a safe and controlled environment, at a pace that suits them. After continuous practice, the aim of hypnosis is to begin to desensitise the individual to their triggers. They can also practice self-hypnosis techniques, to implement in situations outside of the therapy room.

What to expect from a hypnotherapy session

During the initial consultation, your hypnotherapist will take time to get to know you and understand why you are seeking hypnotherapy for your sickness phobia. They will likely also ask you what you want to get out of hypnotherapy sessions. It could be that you want to learn how to deal with sickness if you find yourself in the situation, or you want to reduce the impact that avoidance behaviours are having on your daily life. Your therapist will take time to try to process the information and establish any patterns in your thoughts and actions.

Your therapist will then enter you into a relaxed state, almost like a trance. They will ask you to picture a moment that you’d typically start to feel anxious, such as being on a plane or a crowded place, and try to identify what triggers your fear. When these are identified, your therapist will offer calming words and suggestions to try and calm the fear. These words will start to enter your conscious mind, giving you some control over your behaviours.

How to find a hypnotherapist

If you think you would benefit from hypnotherapy to help you overcome your fear of vomit, you can search for a hypnotherapist on Hypnotherapy Directory, using our advanced search tool.

Search for a therapist
Would you like to provide feedback on our content?
Tell us what you think

Find a hypnotherapist dealing with emetophobia 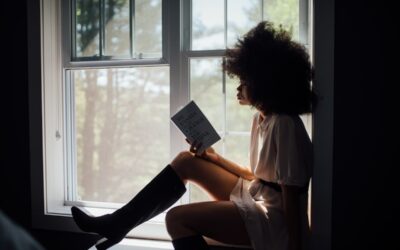 5 things to know before you try hypnotherapy

Are you interested in hypnotherapy? Here are 5 things to know before you get started. 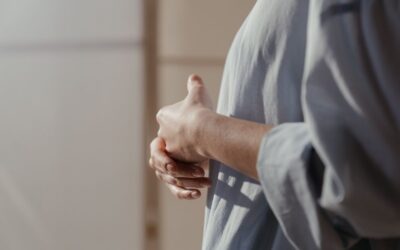 Ask the expert: How can I overcome my phobia post-lockdown?