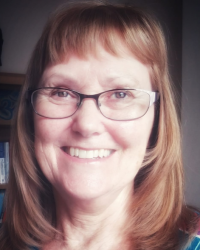 Sandy is an experienced therapist with a a warm and friendly approach who specialises in anxiety related difficulties, PTSD and many other difficulties people find themselves in.

She works with a combination of hypnosis, mindfulness and EMDR therapy, as well as many NLP techniques such as the Fast Phobia and Time Line technique techniques and many others.

Sandy is registered with the General Hypnotherapy Register and the Complimentary and Natural Healthcare Council (CNHC), the only government endorsed UK regulator for complementary healthcare.

For more information visit www.embraceyourworld.co.uk.  Please feel free to contact me for a free initial consultation.

The CNHC encompasses many types of alternative therapy, including hypnotherapy.

A practitioner must also have professional insurance and agree to abide by the CNHC Code of Conduct, Performance and Ethics.

Members are either registered at Practitioner status (which confirms that the GHR acknowledges their qualification to practice), or Affiliate status. Although Affiliate level registrants will have completed a sufficient number of training hours to equip them to commence seeing clients on a limited basis, the GHR does not acknowledge them to have yet been trained to full practitioner level.

All GHR Registered Practitioners are required to accept the published Code of Ethics and Complaints & Disciplinary Procedure.

The Accredited Register Scheme was set up in 2013 by the Department of Health (DoH) as a way to recognise organisations that hold voluntary registers which meet certain standards. These standards are set by the Professional Standards Authority (PSA).

This therapist has indicated that they belong to an Accredited Register.

If you don't see what you are looking for please feel free to contact me to discuss your individual needs.

Other therapies offered £60 per session:

Live the life you’ve always wanted to live – your best life ever.  You really are free to make the most of your world …

"A large camel train passed through the desert and arrived at an oasis, where it was decided to take rest for the night. Drivers and beasts were all anxious to sleep but when it was time to secure the camels, they found that they were short of one hitching-pin. All the camels were duly tied up. No one wanted to stand watch all night and lose the night's sleep, yet at the same time the drivers did not want to lose the camel.

After some thought, one of the drivers had a good idea. He went to the camel, took the rope and carefully went through all the motions of tethering the animal to a pin - an imaginary pin. Afterwards the camel was bedded down, convinced that it was securely bound and a good night's rest was had by all.

The following morning the camels were released. Everyone made ready to continue the journey, except one camel. It refused to get up. The drivers cajoled and coaxed but the beast would not move. Eventually one of the drivers realized the reason for the camel's obstinacy. He stood before the imaginary hitching-pin and went through all the usual motions of untying the rope and releasing the animal. Immediately afterwards the camel stood up without the slightest hesitation, believing that it was now free.

Of course the camel had been free all the time but it had allowed itself to be convinced that it was bound. It is the same with each human being - he too is always potentially free but most people allow themselves to be bound by their mental problems and seemingly oppressive responsibilities. You are really as free as the unpegged camel, yet through conditioning and misconceptions, you think that you are firmly bound. You compare yourself with others, in the same way as the camel did and automatically believe that you are limited. But you are really free - understand this."
Paramahamsa Satyananda

What is ‘client centred' therapy

Client centred therapy is a form of hypnotherapy that focuses on the needs of the client. In his book, The Art of...

If you have skype installed you can click to call Sandy Hector.