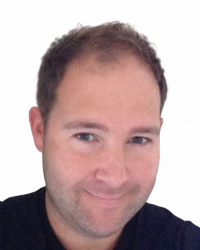 For over 15 years I've helped thousands of people Get The Life They Desire by improving their Mental, Physical, and Emotional Wellbeing without endless sessions of Psychoanalysis and Therapy.

Unlike other Therapies, My focus is on the Future you want, rather than the past you must leave behind, I will only focus on the past if it Makes you Feel Good!!

Neuro Linguistic Programming (NLP) and Hypnosis used together can help you Achieve Your Desire, Your Ultimate Goal, The Feelings You Need To Feel, Give You Unlimited Opportunities to See and Experience things maybe you only Imagined.

Clients have travelled all over the North East from Newcastle, Gateshead, Sunderland, Durham, Chester Le Street, Richmond, Seaham, Essex, Dubai, Ibiza, London, Manchester, Seattle, Mumbai to use Hypnosis and NLP to overcome their issue, many of my clients from further afield visited through recommendation.

How Can I Help You?

Whatever Your Issue Let's Sort It Out Now with NLP and Hypnosis - Contact me Now!

18 Months Training with NCHP - National College of Hypnosis and Psychotherapy

I also can offer Online One To One Live Hypnotherapy using Facetime, Skype, Zoom etc

Many professional regulators don't allow Testimonials as they could be fabricated / false / made up, Reviews are acceptable though as these are submitted using third party websites, and can be Negative, Impartial, or Positive. You will find reviews on my Google+ / Facebook, and Twitter Pages, and Posts.

Below are a selection covering the various areas I work with:-

My wife visited David for Fear of Flying, I was amazed how calm she was, and yes I was a skeptic before..., I visited David for Smoking, it was totally different to what I expected, enjoyable and rewarding,  and I haven't touched one for over 8 months.

For years due to the industry I am in, I had a very costly addiction, David was recommended by my Doctor, his wife had used him.  I had two sessions, after the first all the thoughts, feelings, and desires disappeared, and after the second I have never looked back. I have been clean for over 9 months now, my partner visited David too, and he experienced the same.........go go go David!!

I found Dave here on Facebook, I tried everything to stop smoking, two other Hypnotist's people too, I gave it one last try, he was good, thorough, asked me questions the others should have, the result is 7 months on I am still not smoking, I am 1000s better off. My daughter saw him too for anxiety massive change around after one session!!

?Highly recommended. David is a fantastic guy, nice and friendly. Wish I had of had hypnotherapy sooner - Thanks to him I am a lot better with my anxiety and confidence

I've seen this guy, very good he is too!

Best decision I've ever made.

This worked for me too with a weird driving phobia I developed out of the blue.....and I also learned that I can actually relax and switch off, I can highly recommend this guy...infact I miss the sessions...

Totally agree with Lisa! He is fab at what he does!! Definitely recommended x

David is amazing. I had a major phobia of giving birth, after a few sessions with David it totally changed me. I gave birth to my first baby 6 weeks ago, naturally,with no help and only had gas and air in later stages of labour. Me and baby were totally relaxed through out and my birth couldn't have gone any better.*

No sign of nerves in these photos and apparently my speech was hilarious....I could not have done it without you...... thanks so much x

I visited you for two sessions a month ago regarding my fear of taking my driving test.
I just wanted to let you know I passed today (20 years of Doubting myself) and didn't feel the need for the last session. I wanted to thank-you, not only for this but to let you know it has changed my life in so many other ways for the better. I have recommended you to everyone I know, who have issues. Two people have already asked for your details.
Forever grateful.

I tried patches, e-cigs, champix, sprays, acupuncture, other Hypnotherapists, until my friend recommended David, she knew of six people who had stopped with him after one session, and after two never looked back. Visiting David has saved me 100s of pounds, I have now been a non smoker for 9 months. His approach is totally different to what I had experienced before, and a lot more enjoyable!

My daughter had bitten her nails since she was a baby, she is now 15. I sat and watched the process.....what I witnessed I wish I've filmed as David was amazing with my daughter, 6 months on she now has finger nails, no longer bites them!

Wheelchair-accessible premises should have step-free access for wheelchair users and individuals who are unable to climb stairs. If a Hypnotherapist's premises aren't step-free, they may offer alternative services such as telephone/web-based appointments, home visits, or meeting clients in different location, so you can choose the option that suits you best.

You can contact the Hypnotherapist to discuss the options available.