I've had a problem with emotional eating for as long as I can remember. It started when I was a teenager and I found I used food as comfort if I was feeling stressed or anxious about anything. It wasn't so much of a problem back then because I danced and was fitter than I am now.

When I had my first child I put on about a stone, this wasn't actually during the pregnancy but in the months that followed when I was so tired and anxious about the responsibility of motherhood. The weight continued to creep up and by the time I had my second child, I was quite a bit overweight.

I tried many diets, Slimming World, Macros, calorie counting, got a Fitbit and tried really hard to burn more calories than I was eating. This would work for a while but I would soon find myself sabotaging my efforts and being back at square one. I realised this was much more of a psychological habit than I had previously thought and so I had some counselling to approach the issue. The counselling was great and I uncovered way more than just emotional eating habits! Relationships, self-confidence, self-belief were all on the up but I was still left with this ingrained habit of wanting to overeat when life got a bit too much.

I started to look at some information around food addiction and realised many of the behaviours that were attached to food addiction applied to me. Although I would say my behaviour was milder, I felt it still needed to be treated in the same way.

It was at this point I decided to find a hypnotherapist, I didn't know much about hypnotherapy so searched on Google and found this website! I researched the areas that were most relevant to me and found a local hypnotherapist that I felt would be most suited to my needs. I have been seeing her for 2 months now, every 2 weeks and I have to say I'm quite astounded by the results. One of the things I said I really wanted was to stop thinking about food, it had got to the point where I'd become obsessive about it and it wasn't great for me. So the biggest change is that I've become a lot less bothered about eating, I still enjoy it but I've learned to eat when my body is hungry and not just because my mind wants something to soothe my emotions.

There's a lot you can do yourself around this but I feel the hypnotherapy has really helped me to get a handle on things and I'm so please I made that initial contact. This is the first time in my life that I'm not restricting what I eat in order to lose weight, my weight has balanced out and is very slowly going down. I would rather it this way so this becomes my life rather than a diet where I lose the weight quickly but put it all on again when life throws me a hurdle.

I have started to learn more about our internal patterns, where they come from and how we go about changing them and this has led me to become interested in becoming a hypnotherapist myself. When my children are both at school I intend to start a course and that's very exciting for me! 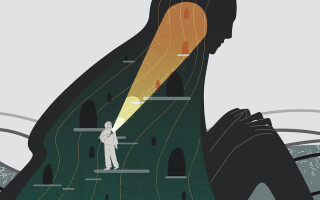 How to deal with war anxiety

The past few years have been extremely challenging. Many people feel panic over major issues such as political and...

Are you absolutely fed up with trying diet after diet and none of them work? Nothing seems to stick. You might do...