With summer looming, dieting becomes one of the main thoughts occupying many people’s minds, but dieting often doesn’t stick. One of the main reasons is that it doesn’t change the way we see ourselves on the inside, our dominant internal self-image. Dieting is a temporary change focussed on the outside, and using willpower instead of choice, so that we might want to eat, but we stop ourselves. The target weight is seen as ‘not like us’, a temporary rather than a permanent change so that as soon as we reach our goal, we can begin to slip back to the way we were, it becomes an effort.

People will follow different mindsets around food and eating. Some people, those who tend to struggle with their weight throughout their lives, try to control their eating through willpower, ignoring their body's signals when they are hungry, and then subsequently overeating and finding it difficult to stop once they start eating, and as a result thinking about food much of the time, with eating strongly linked with emotions. More intuitive eaters on the other hand listen and respond to the signals of their bodies. They eat when they are hungry and stop when they are full. They don't deprive themselves if they want something, instead believing that a little of what they fancy does them good, and being able to stop at that.

Through Hypnotherapy, we can begin to listen to our body's signals again, helping us to make healthier choices, allowing us to feel better for the long term, so that you begin again to eat when we're hungry and stop when we're full.

Vicky McLeod is a hypnotherapist with her own practice based in Central Scotland. She provides a friendly and professional service, specialising in weight loss, stop smoking, stress & anxiety, and performance issues, incorp. Thought field therapy, EFT and EMDR and pulling on her experience as a workplace psychologist and personal development coach.… Read more 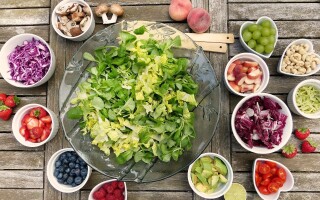 What is yo-yo dieting? I’m sure you’ve all heard the term, it goes something like this: Join a...

Weight loss is easy... but be patient

"Weight loss is easy" - I know is quite a statement to make. Let's be honest, I (well at the time of writing)...