Are you addicted to your habit? 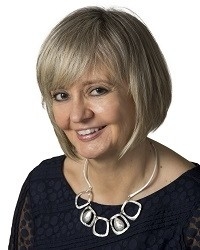 The word habit and addiction are often interchangeable, though we associate more positively with the former and less so with the latter.

We all build habits of one sort or another into our life… behaviours or actions that we participate in on a regular basis. Many of the habits we develop are good and have a positive impact on our mental and physical health and well-being. Some, on the other hand, can be much more destructive and detrimental not only to you, but to those around you as well. But when should you start to worry about your habit?

Last weekend no doubt saw a massive increase in the number of people gambling. With bets being placed in large numbers both on the Grand National and the Golf Masters. For the majority of people their ‘wee flutter’ is an annual event, and for most, even those lucky enough to have placed their pin in One for Arthur or Sergio Garcia, their habit will have been satisfied… until next year. No harm done, just a little bit of fun.

However, when a habit starts to increase in regularity and intensity such that the satisfaction of it becomes all-consuming, there is always a price to pay and not just monetary. Even good habits, such as going to the gym regularly, can start to have a detrimental effect on your life when the sacrifices you are compelled to make to service your habit, become the central driving force in your life.

If you notice that you will do almost anything to satisfy that habit, even if it is negatively impacting on your mental and physical health and your relationships, then it’s time to recognise that it has become an unhealthy addiction.

What keeps a habit in place?

Any habit you have is centred around expectation and the fulfilment of that expectation. The overwhelming desire to satisfy this expectation then locks-in the focus of your attention. Behaviours such as smoking, gambling, excessive drinking, over eating, drugs, keep you firmly rooted and focussed on the here and now… the future doesn’t matter. All that matters is the expected satisfaction you will achieve from your habit at that very moment in time.

Satisfaction of this expectation is in turn seen as a reward and when you are the recipient of this perceived reward, it goes on to create within you a feeling of emotional stability. Achieving emotional stability is something we constantly seek and are prepared to make sacrifices in our pursuit of it, such that it becomes more important than reality itself. Consequently, you are prepared to override and ignore any of the detrimental impacts of the habit to your health, wealth, relationships and overall happiness for that one, often short lasting, reward in the here and now.

Smoking is one of the most common habits we all think about and most people that want to quit smoking struggle to do so, usually blaming this on the fact that nicotine is an addictive substance. However, if this was all that caused a smoker to continue to smoke then why do nicotine substitutes not work? Nicotine addiction alone cannot explain the inability of an individual to walk away from a habit that will almost ultimately kill them. Neither can it explain other all-consuming habits from the more serious ones such as gambling, over eating or excessive drinking to relatively innocuous habits such as being unable to miss an episode of Coronation Street.

What makes habits so hard to break?

The repeated undertaking of any activity will build up an association in you that can result in it becoming part of your core identity. Which is why when someone appears to attack or criticise your habit, it feels personal and you become defensive and over protective towards your habit.

All habits and addictions are held deep within your unconscious mind and you actively employ your conscious mind to justify it. To break a habit, you need to break the emotional and behavioural links that hold it within the unconscious mind. Will-power can help, but often will-power alone is not enough.

How do these seemingly unbreakable associations develop (almost without you noticing)?

Your brain is an incredibly powerful tool and it needs to work very quickly to keep you alive. To do so it uses what can be called pattern matching to decide on the correct response to any situation. These pattern matches take place in your unconscious mind.

When you have an addiction or habit, you are constantly pattern matching it to numerous day to day situations. Pattern matches can be useful, but they can also be unhelpful. The good news is that you can change or amend faulty or unhelpful pattern matches. Even people with seemingly strong habits do not pattern match their habit to everything they do. No one carries out a habit or addiction 24 hours a day.

During the Vietnam War, many US servicemen reportedly took heroin. At the end of the war the US invested millions of dollars in setting up rehabilitation programmes to support them. The majority of soldiers stopped taking the drugs with no support. They had no association or pattern match with taking drugs in their home environment.

Habits are also strengthened by your beliefs. People with strong habits will create beliefs that help to justify or sustain that habit. We effectively brainwash ourselves into believing the habit is a positive one for us.  Beliefs are extremely strong and not always rational so trying to brow beat someone with logical argument and statistics will not always work.

Breaking away to freedom.

To be successful in breaking a strong habit or addiction you need to work with the pattern matches that are keeping it in place and the beliefs and values that justify it. In doing so, you can then make the habit an irrelevance in life rather than something you don’t do anymore.

Hypnotherapy can help you achieve this and allow you to develop much more positive beliefs, values and associations, such that what once use to be the key focus of your attention is now no longer relevant. Something you once did but no longer do. Freedom!

Kev: Hypnotherapy helped me quit smoking for good
I’ve been a smoker since the age of 14. I'd tried everything on the market over the...
Alcohol abuse Addictions

Brian and Debbie
I contacted a hypnotherapist for help as my husband, Brian, had reached the end of his...
Quit smoking Addictions

Jonathon: Being hypnotised was the best thing I did
I was a smoker for 7 years, from my teens to now - at 21. I had tried quitting many...

Where do you start with seeking therapeutic guidance?
By Stephanie Scanlan-Georgescu
When we understand our personal health factors, we can begin to put those missing pieces...
More information
Before using our site, please take a moment to review our Privacy Notice and Cookies policy. By continuing to use this site we'll assume you agree to both.
Ok