Searching for a specific Hypnotherapist? Try our advanced search
Relaxation

The power of suggestion

Across many studies, research has shown that deliberate suggestion can influence how people perform on learning and memory tasks, which products they prefer, and how they respond to supplements and medicines, which accounts for the well-known placebo effect.

But what can explain the powerful and pervasive effect that suggestion has in our lives? The answer lies in our ‘response expectancies,’ or the ways in which we anticipate our responses in various situations. These expectancies set us up for automatic responses that actively influence how we get to the outcome we expect. Once we anticipate a specific outcome will occur, our subsequent thoughts and behaviours will actually help to bring that outcome to fruition.

So, if a normally shy person expects that a glass of wine or two will help him loosen up at a cocktail party, he will probably feel less inhibited, approach more people, and get involved in more conversations over the course of the party. Even though he may give credit to the wine, it is clear that his expectations of how the wine would make him feel played a major role.

People's focus of attention, it turns out, ties closely to their health perceptions, according to leading mind/body researcher James Pennebaker, PhD, of the University of Texas at Austin. "If a visitor sits on your sofa and you say, 'my dog has fleas,' watch them start scratching," he says. "They don't have fleas. They're just paying attention differently."

Similarly, cancer warnings could make somebody suddenly worry about a bump that's always been there. As much as peers and role models spur people's health fears, however, they can also counteract them, says Elkins. For instance, his emergency-room research suggests that patients stop imagining the worst when professionals reassure them that they will feel better. Also, helpful, he says, is "getting them away from overwhelming health information."

Human beings have incredible imaginations, but they also have the potential to turn those imaginings into reality. When we get ready to put food in our mouths, our bodies start preparing to digest food. So, by imagining that we are going to eat something, we start responding in the same way as if we are actually going to eat something. When someone suggests the possibility that could happen, we tend to imagine what that possibility would be like, and our bodies may start preparing for that possibility becoming a reality. If someone talks about feeling tired and wanting to sit down, we can sense how that might feel in our imaginations, and think about how we might feel if we were tired, and find ourselves having a similar desire to find a comfortable chair.

Given the variety of instances in which suggestion can have an impact on our lives and behaviour, it might be fair to propose that our vulnerability to suggestion might be all too common a part of what it is to be human. Gaddis (2004, p.4), for example, says: ‘It is a psychological fact that the first impulse of people is to believe. Doubting is usually secondary. And the power of suggestion wields a tremendous influence on our lives and opinions.’

"For society in general, I think we can say that the effects of suggestion and expectation have not been given the attention they deserve,” Michael says. “Sometimes these effects are startling, and that can be good or it can be bad.”

Below is an experiment to demonstrate the power of suggestion:

Close your eyes and imagine entering the kitchen, it could be your kitchen or someone else’s kitchen, and as you do, look around, notice the surface beneath your feet, become aware of different colours, designs and sounds. Now, I would like you to imagine a bowl of lemons in front of you, imagine picking up this lemon, as you do, hold it in your hand, notice its shape... Now, visualise cutting this lemon in half and as you do, become aware of the fresh lemon smell and the lemon juice. In your mind's eye, cut this lemon and squeeze all the juice onto your tongue, tasting every bit of that sour lemon juice or imagine sucking on this lemon.

Most of you have noticed increased salivation.

Clinical hypnosis is an important mind-body tool that serves as an adjunct to conventional medical care for the adolescent patient. Clinical hypnosis specifically uses self-directed therapeutic suggestions to cultivate the imagination and facilitate the mind-body connection, leading to positive emotional and physical well-being.

Find a hypnotherapist dealing with Relaxation 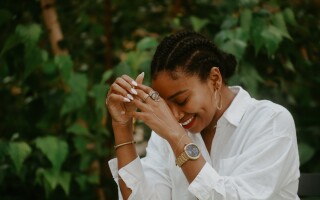 What are the health benefits of meditation?

Meditation helps you maintain alertness and train your concentration – not to relax, but to de-concentrate...

The importance of learning relaxation skills

During our first appointment, one of the things we will focus on is learning how to fully relax with specific... 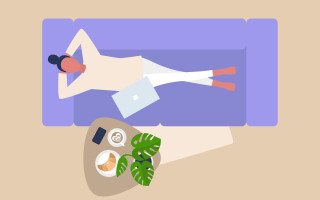 Hypnotherapy: What it's not, what it is and how it can help you

People have many preconceptions about hypnotherapy - what it really is, and how it helps. Often, these have come...