Searching for a specific Hypnotherapist? Try our advanced search
Past life regression

It’s about time: Eight signs you need past life therapy

Past life regression is becoming more and more popular as people start to become more open to spiritual interpretations of life and death and, for many, it can result in profound insights about their current life. But what are the signs that you may benefit from one? As a clinical hypnotherapist specialising in past life regression, here are the eight most common reasons that clients end up on my couch. 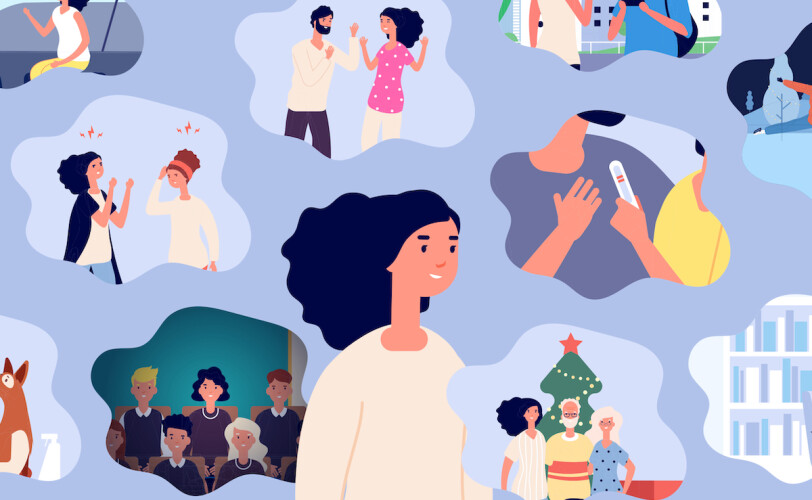 You are drawn to a place

From the language that doesn’t have its own word for ‘problem’, I give you ‘hiraeth’. Roughly Translated as, ‘a longing for a time or place you can never go back to,’ this proves that the Welsh language really does have its priorities in order. It also proves that this state of mind is so common that someone felt they needed a word for it.

All of this is a long-winded way of asking the question, do you feel, or have you ever felt, drawn to a particular place?

When David* came to see me he hadn’t long been in the country. Over the years, he’d had a number of jobs that had taken him all over the world but, for some reason, he kept returning to Indonesia.

‘It just feels like home,’ he explained. The reason behind this feeling of hiraeth is unclear if you take a purely scientific worldview; Jakarta is, after all, a far cry from his native Salford. So how has David built up these feelings towards a place he knew ‘felt right’ from the first time he ever set foot on its soil?

In my experience, clients occasionally experience a kind of karmic imbalance with specific places lived in or visited and, in the most extreme cases, it is said, can leave part of their soul or energy there. This can be due to positive emotional ties (a kind of cosmic version of ‘My Heart Belongs to Glasgow’) or because of a traumatic event that took place there such as the death of a loved one.

In this case, we can often balance this with a hypnotic process called soul retrieval. That is, we regress to the life and place in question and give the client closure on the event, thus breaking the connection so that they feel ‘whole’ again. It may sound very simple, but the results can be quite powerful and transformative.

You are drawn to a time

Similarly, you may be obsessed with the Italian Renaissance or the Industrial Revolution. Clients who have hiraeth for a particular time usually turn it into some sort of hobby, even in some cases to the point of joining a historical re-enactment group where they can relive their past over and over again.

We are more likely to have memories of past lives that were in some way traumatic, just as we remember clearly traumas that happened to us years ago in this life. So, if you literally lost your head in the French Revolution, you may carry this trauma into your current life. This could take the form, at its most obvious, of a morbid fascination with the French Revolution or it could manifest in a more subtle way such as feeling uncomfortable with things around your neck. Therefore, something which happened in a previous life could be the originating even of a phobia that carries over into this life.

You saw something that triggered a feeling of familiarity

It could be anything: a particular cloud formation, a reflection in a puddle, or the clue for 14 down in the Times crossword but something triggered a déjà vu and now you can’t get it out of your head. You know instinctively that it means something but you have no idea what it could be, just like Richard Dreyfus obsessively sculpting the Devil’s Tower out of mashed potato in Close Encounters of the Third Kind.

It could be a long-forgotten memory from your current life but equally, it could represent a past life memory brought to the surface just like sediment brought to the surface of a pond by giving it a stir with a twig. In this case, a free flow regression can be used to take you straight to the linked memory where it can be analysed, understood and, if needed, treated.

You have been having dreams

Whether it’s standing naked in the town centre, flying, losing your teeth, or being chased by a bear, most dreams are just a hot mess of pseudorandomness and soon forgotten after waking. Occasionally though, some dreams just stay with you and you ponder their meaning for weeks, months or even years afterwards. Sometimes these dreams can be recurring and, very often, they happened in childhood before eventually sloping off as you get older.

Recurring dreams in childhood are particularly common, maybe because children just have more new experiences to process, but also because many young children would seem to have quite vivid memories of past lives which, in many cases, manifest as dreams.

However, there are a fair number of adults trying to make sense of their dreams at any one time hence the plethora of dream interpretation books on offer. The problem with the ‘one meaning fits all’ mode of thinking is that different objects and ideas mean different things to different people.

If you’re a quite spiritual person then dreaming of a white feather could be a very positive sign, generally thought to mean that angels are watching over you. If you have a fear of feathers (and yes, this is a thing, it’s called pteronophobia) then the meaning for you could be more negative or even downright scary.

Again, a free flow regression can help to get to the bottom of things and, if that regression ends up in a past life, then don’t be too surprised.

You have memories you can’t explain

Denise came to see me because she literally had memories of someone else’s life and had had them for as long as she could remember. They felt as real to her as her ‘real’ memories, the difference being that, in these mysterious parallel memories, she was male and it was the seventeenth century. The memories didn’t unduly bother her (she had had them for so long she felt they were a part of her) but she was curious to know why she had them.

We were able to home in on that life using the memories as a kind of beacon where we found that she (he?) had died a traumatic death. Dealing with the trauma didn’t get rid of the memories of course but at least she had some closure and an explanation.

You are looking for an answer

Many people come for a past life regression merely because they are curious (see below) but equally, it is quite common to arrive with a specific question. Recent questions I have dealt with include, ‘have I met my current partner in a previous life?’ ‘Why is my life so ridiculously hard?’ and the evergreen, ‘Why does Chris wind me up so much for no obvious reason?’ (Where Chris equals any person you take an instant dislike to despite that feeling having no basis in reality.)

You didn’t know you needed one

You arrive at my office to work on your phobia of snakes but a free flow regression aimed at finding the originating event in this life takes you further back than you thought and you end up in Mozambique in 1270 facing off a spitting cobra.

This can be quite confusing for a client who is not expecting it or, indeed, who doesn’t believe in reincarnation, and so sometimes I have to pass it off as the subconscious mind producing a symbolic interpretation of the issue rather than it literally being a past life (whatever works for the client, and frankly, who am I to say what’s right?)

The effect is the same though as if it were a real past life and the phobia can be treated ‘symbolically’ or literally depending on the client’s own interpretation – another way of saying that if it barks like a dog and wags its tail then it’s a pretty safe bet that it will respond to at least one bone from the pile.

You just feel that now is the right time

You happened across the subject of past life regression at some point and now it’s gently nagging at you that maybe, at some unspecified juncture, it would be interesting too, you know, possibly think about the idea of having one of your own to, as it were, just see what it’s all about.

And now you have found this article and are thinking that everything happens for a reason. The universe is giving you a gentle nudge.

And maybe it’s time to listen.

*All names have been changed, especially Chris.

Carl is a registered clinical hypnotherapist with a fascination for facilitating past life regressions. he has an advanced diploma in past life therapy and now spends over half his working week conducting PLRs for curious past life explorers. He works out of his home office in Middleton, North Manchester and online across the world.

Find a hypnotherapist dealing with Past life regression