When business owner Catherine (not her real name) called for a free telephone assessment, she mentioned ‘confidence’ but initially found it difficult to elaborate any further. She sounded very stressed. Eventually, she explained that, as part of a charity event, she’d agreed to perform stand-up comedy in front of a live audience of 200 people.

It had seemed like a good idea several months ago, but now, with the event only weeks away, she was terrified. No surprise there, because surveys consistently show that public speaking is people’s greatest fear, ranking even higher than death!

At the first meeting, Catherine, as requested, brought along a printed copy of her proposed script/act. The content of the script looked good and, more importantly, came across as very funny. In her business life, Catherine was used to making presentations and whilst she didn’t particularly enjoy doing this, she’d learnt to manage. So what was so different about the prospect of performing stand-up comedy? Discussions revealed that Catherine’s big fear was lack of approval from the audience, i.e. what if no-one laughed? Everyone, whether they admit it or not, likes to have the approval of other people. However, it’s important for our mental well-being to acknowledge and accept that the approval of others is out of our control and therefore can’t be guaranteed. There will be occasions when it just doesn’t happen.

Before doing any hypnosis, Catherine was taught a simple ‘anchoring’ technique that, with practise, would allow her to quickly access feelings of calmness and confidence and help overcome nerves and worry. In addition, Catherine agreed to (a) perform her act and (b) have it recorded. Then, during the first hypnosis session, when she was relaxed and feeling safe, the recording of her act was played to her. This is a great technique for memorising content (and very handy for exams). Also, during the first hypnosis session, positive suggestions were given along with 3 carefully worded and pre-agreed affirmations designed to help her deal with the ‘approval’ issue.

When Catherine returned for the next session, she had practised and was comfortable with both the anchoring technique and the affirmations. During the second hypnosis session, a proven hypnosis visualisation technique was used. This allowed Catherine to ‘see herself’ performing successfully in situ. She was also given a recording of the session to play at home.

Catherine was brilliant and the audience loved her act. Her performance is available on YouTube. If you want to see it, contact me and I’ll send you the link. 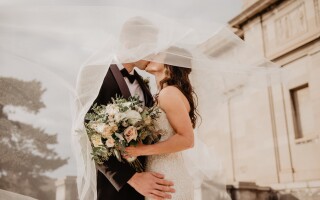 In my profession, I experience many different matters and subjects relating to clients' needs. Each being totally... 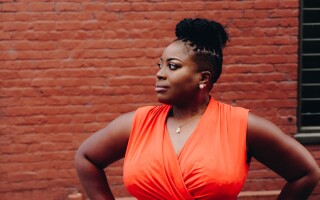 Getting over the fear of public speaking with hypnotherapy

Giving a presentation, a best man’s speech or some other kind of public performance can strike terror into... 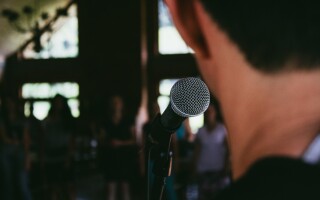 Public speaking is right at the top of most people's fear list, and it can hold back your career massively. Even...