Often, talks about hypnosis make use of vocabulary that may not be commonly widely understood. The meaning of terms such as consciousness, conscious mind and unconscious (or subconscious) mind is confusing to some people. This article aims to shed some light on these words. 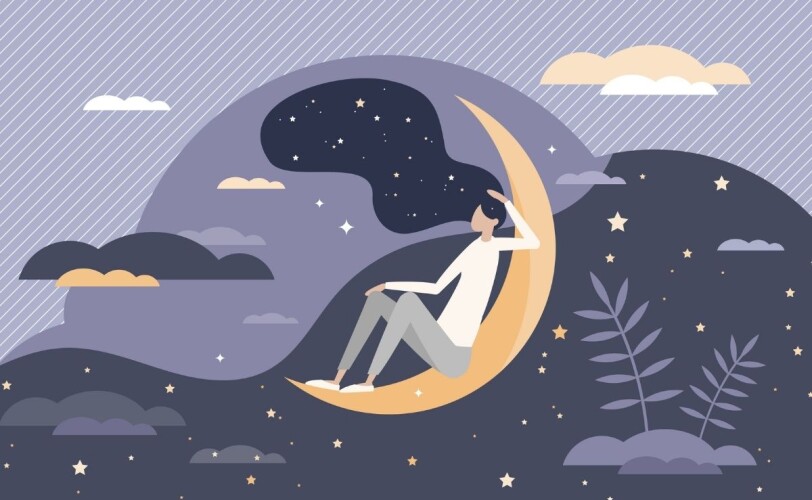 Let’s start with hypnosis. According to the American Psychological Association, hypnosis is defined as ‘A state of consciousness involving focused attention and reduced peripheral awareness characterised by an enhanced capacity for response to suggestion.’ Hypnosis is often described as a form of communication with a subconscious mind, as indicated in the quote above, a state in which a subconscious mind is more welcoming and capable of change of underlying patterns and consequently conscious behaviour. Thus, in order to understand what hypnosis really is, it is essential to have some understanding of the meaning of these words.

To keep things simple I am not diving deep into debates such as the hard problem of consciousness as described by Chalmers or the response to this problem as outlined by Seth. In this article, however, I aim to shed some insights into the inner workings of our minds and how you can conceptualise the relationship between consciousness, conscious and subconscious mind.

One of these schools is materialism, a branch of philosophy that postulates that nothing but the physical exists, hence consciousness is a product of complex biochemical reactions that happen inside the brain. In this view, consciousness is literally a complex soup of neurotransmitters spread within the white and grey matter that manifests itself as you.

On the other end of the spectrum, Idealism sees the mind as the source of everything, consciousness is primary, and all that is physical is a projection. And finally, there are some panpsychist models, although there are some variations in panpsychism views, generally, the model assumes that reality is somewhat a hybrid between physical and mental. In this model, even though we are physical beings, the mind may not be physical and may exist beyond the physical body. To illustrate this, Alan Watts in one of his lectures proposed the following conundrum. Is your mind inside your head or is your head inside your mind?

Although the materialist view has dominated academia in the last century, panpsychism is gaining loads of momentum now and research of this paradigm leaves departments of philosophy and enters departments of science and physics at some world-leading research institutions. So, as you may see, even though having consciousness experience is a common feature for all human beings and in fact mammals (and perhaps all animals) we are still far from agreeing and defying with the certainty of what consciousness is. Why bother then, you may think? If we don’t know much about consciousness, why is it relevant for hypnosis and hypnotherapy?

Well, consciousness is literally all there is. There are multiple interventions such as drinking coffee that change your consciousness. And of course, hypnosis is a process that changes your state of consciousness. Your subjective experience is different whilst you are being hypnotised and suggestions provided in hypnotherapy will have a strong and long-lasting impact on your day to day life.

Of course, it is safe. Let’s consider the following example. You use your phone on a daily basis, tap screens, open apps, make phone calls, take pictures, but you don’t know much about the engineering of it. Perhaps, even if you were given all the parts, you may find it difficult to assemble a working phone, not to mention programming an operating system. A phone is a device, similar to a physical body, a vehicle, a host of the mind. The operating system can be seen as a subconscious mind, it works in the background, optimising the use of the device e.g. battery consumption, appropriate use of processing power and working memory. It makes sure that the clock is ticking, the calendar shows the appropriate dates. In humans, the subconscious mind ensures that the heart is beating, food is digesting, blood is flowing and so forth.

Sticking with this metaphor further, everything in the world can be represented as data. A tree in front of your house may be written as a complex sequence of zeros and ones, bits of information. According to some estimations, people are processing anything between 30 to 50 GB of data a day. It means hundreds of thousands of data bits entering your mind every second, and only a fracture of it can be processed by your conscious mind.

In all of this mix, consciousness, therefore, can be seen as a platform that enables you to experience yourself, your thoughts, your emotions, your desires, successes and failures, and consciousness itself is free and undefined. Without the consciousness you wouldn’t be aware that you have a body. Of course, subjective experiences are profound and deeply rooted and have multiple causes e.g. environmental, biological, psychological and spiritual.

Let us follow with the metaphor, let’s assume that the issue a person experiences can be demonstrated by the faulty app. Every time they try to open the app, it does not work, an unknown error is being displayed. A hypnotherapist, similarly to computer engineers, can go into a source code to explore what the issue may be and fix appropriate code.

Of course, this article is a light touch on the connection and relationship between conscious subconscious mind and connection to consciousness and it never aimed to answer the questions that have been puzzling philosophers and scientists for millennia, but I hoped it has clarified some of the questions that people often ask whilst looking for hypnotherapy.

I am a hypnotherapist, coach, senior fellow of Higher Education Academy. I am interested in consciousness, philosophy of mind, Eastern philosophy, mindfulness meditation and incorporate these in my practice. I offer a range of services that can support you on your journey. Check my other articles and my website: https://www.karolkosinski.org/