Can you cure a phobia with hypnosis?

There are a lot of conditions that people just accept assuming there is no help or cure available. Phobias of all kinds usually fall into this category. The person has probably lived with the phobia for as long as they can remember and just accept it for what it is. At best it will be troublesome; if it is quite unusual and they do not come across the cause of it very often, at worst it can be debilitating, causing unnecessary suffering daily.

People often confuse fear with a phobia. A fear is not liking something or having a fear of carrying out an act. However, if need be they will still be able to do it, even if they really don’t want to. This could be, for example, feeling uncomfortable in small, cramped places like an elevator especially if there are others in there too. They may even prefer to take the stairs but at a push will be able to do it despite perhaps feeling a little uncomfortable.

A phobic experiences very different sensations. The very thought of going into that lift will immediately fill them with such dread that they begin to shake, sweat and even feel faint. No amount of reasoning will work and they will refuse point blank to even consider it.

Another common example is that many people say they are ‘scared of flying’ but still fly when necessary either for business or pleasure. However, a phobic with a fear of flying will just not do it under any circumstances. They never go abroad unless by boat and will either drive or go by train to get across the country. If, in an emergency, it is imperative that they do fly, many are sedated by their doctor beforehand as it is the only way they know of that will work short term. They will, however, still have a phobia and will have the same reaction next time flying is suggested.

Hypnosis has proven to have a high success rate when helping people overcome their phobias once and for all. You see hypnotherapy deals with the underlying cause which is achieved by bypassing the conscious mind and addressing the unconscious mind which is hosting the phobic sensations and reactions.

No one is born with a fear of flying or spiders or such, these phobias have developed either over a number of years becoming increasingly stronger and stronger, or they may have resulted in one particular incident usually occurring when the person was a young child, with the most common age being around five. Other phobias are learned phobias from parents or older siblings. If a parent runs screaming out of the room every time a spider appears for example then it is likely the young child will connect the two together and expect to be frightened too.

To address the phobia the hypnotherapist will guide the client into a state of deep relaxation. They will ask the client to drift back to a time when they felt confident and in control. Even if the client cannot consciously remember the exact incident that led to a lifelong fear, it doesn’t matter as the memory will be stored in the unconscious memory. Whilst in a trance, the hypnotist will help the client adjust those memories and put them into perspective.

Lots of people are annoyed with themselves for reacting to a phobia as they are aware they are being unreasonable but just can’t help it. They may also have accompanying feelings of guilt if their loved ones suffer as a result of their phobia. Family holidays are restricted if a member of the family refuses to fly or has a fear of open water. Others may have their daily lives interrupted if that fear is dogs for example. Every time they go outside they are nervous and panic at the sight of a dog even if it is on a lead on the other side of the road. They may refuse to visit a relative or friend if they own even the most placid dog.

If the phobia is really bad the person may even show all the symptoms of being phobic even at the mere mention of what they fear. A photo of a clown may result in them shaking and sweating as if the clown was right in front of them. Rationally they know it is not real but the phobic reactions are real resulting in the same sensations manifesting.

Find a therapist with a good reputation who can give you testimonials. Most phobias are able to be tested at the end of the session either by gauging the client’s reaction whilst speaking about the cause or by showing a photo. Others can be tested for example going for a walk and meeting a dog or catching a spider. Once the phobia has been dealt with the person can go on to lead a full life free of fear, knowing that the fear will not return. 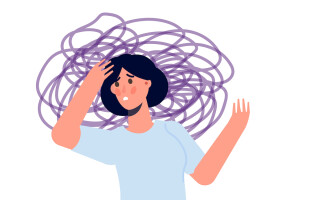