Antidepressants used for menopause could increase risk of broken bones

Antidepressants are often prescribed to help women with fluctuating moods during the menopause. A recent study says this could result in a 76% higher risk of bone breakage. 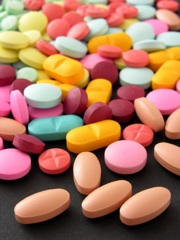 This risk appears to last for several years after the women take the drugs. This discovery has prompted a call for doctors to reduce the time period for which they are prescribed.

The menopause typically triggers mood changes, which can result in depression. Every year thousands of women are prescribed SSRIs – selective serotonin reuptake inhibitors, common forms of antidepressants. As well as helping with mood, these drugs are often prescribed to help with other symptoms too, such as hot flushes and night sweats.

It is estimated that last year 30 million prescriptions for SSRIs were given out in England, costing £74 million. While we don’t know how many of these were for menopausal women, it is thought that doctors prefer to prescribe antidepressants over hormone replacement therapy (HRT). This is because it is feared HRT can increase risk of heart problems.

The balance however does appear to be swinging back to HRT. New NHS guidelines are expected to tell doctors to stop excluding certain groups of women from access to HRT.

The recent study into antidepressants was carried out by researchers from Northeastern University in Boston. They looked at data from 370,000 American menopausal women over a period of 12 years. Of this group, 137,000 were taking some form of SSRI.

Researchers compared this group with 236,000 women who took indigestion medication over the same time period.

Among those in the group taking antidepressants, the rate of bone fractures was 76% higher one year after starting treatment. This changed to 73% after two years and 67% higher after five years.

It has been stressed by the researchers that this study was based purely on statistics and therefore they could not draw any definitive conclusions surrounding cause and effect. Previous studies have however suggested that antidepressants may alter the way bones grow, making them weaker.

“SSRIs appear to increase fracture risk among middle-aged women without psychiatric disorders, an effect sustained over time, suggesting that shorter duration of treatment may decrease this.

“Future efforts should examine whether this association pertains at lower doses.”

We are all connected! (how humility tames the ego)

One of the cruellest tricks depression and anxiety can play on us is the overwhelming feeling of being lost and... 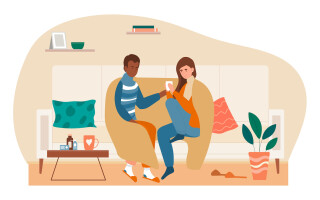 3 ways to help someone with social anxiety and depression

Anxiety and depression are separate mental health disorders, but research shows a strong relationship between...