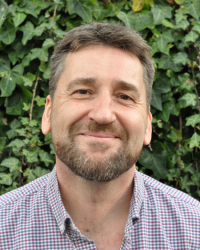 Jon is a caring, fully qualified and professional Hypnotherapist and Hypno-analyst with 20 years of experience.  He is also a  highly experienced HypnoBand Practitioner and also specialises in helping his clients with a wide range of emotional issues and habits, including:

"Around a year ago I watched a piece on TV about the HypnoBand, I watched with interest but dismissed it, after all if it was as easy as the lady on TV was saying then why wasnt everybody doing it? So a year later, with goodness knows how many more failed attempts at losing weight and another couple of stone heavier, my local Bystander magazine fell on the doormat. Inside I found an advertisment for Jons practice, one of the things he was offering was the HypnoBand, my first thought was about the cost, but I worked out how much I had spent on joining various slimming clubs and all the ''diet food'' I'd purchased and it was way way more than the cost of the HypnoBand. I was so nervous of contacting Jon, it meant I'd have to tell someone what I weighed! I was so ashamed of myself and any thought about my weight reduced me to tears. I took a deep breath and made the appointment to see Jon. It was the best decision I have made. From the very first meeting with Jon I actually felt for the first time I could do something about my weight, he totally put me at my ease and he didnt preach at me, he didnt tell me what I had to weigh or what I should weigh, I made my own goal and I knew that things were going to be different this time. I shed a few tears at the first meeting, some of them were because I felt so awful about myself, but some were from relief at actually having someone that understood how I was feeling. From that day I haven't looked back, I actually lost 8lb before my first session, purely down to the fact that Jon told me I could make my own choices and he told me how to make the right choices. Its been a couple of months now and I have lost over 2st and it has been easy, Jon told me it would be, of course I didnt totally believe it, but it is. During the hypnosis sessions I felt totally relaxed and at ease and I just took all the information Jon was giving me on board without even realising, I found that even before the ''operation'' I was making healthier choices I wasnt letting food rule my life anymore. The operation was amazing, I actually thought I was in theatre, there was no pain of any kind at all, I was totally relaxed and in control at all times. When I woke after the op there was definately a sensation in my tummy, not unpleasent or painful in any way, just a slight feeling of tightness, it only lasted a couple of days. Since my op my portion sizes are a quarter of what they used to be, I actually have to be reminded sometimes that I haven't eaten, I no longer watch the clock waiting for lunch time or dinner time to come round, I no longer go straight to the fridge if I'm upset or feeling down, I've learnt to deal with my feelings and negative thoughts in a different way, I no longer feel that I have to finish every scrap of food on my plate, in fact I get a great sense of achievement at leaving food on my plate. I know it sounds dramatic, but Jon and the HypnoBand have changed my life, I know for the first time ever that I am going to succeed, my whole attitude towards food has changed. I am looking forward to the future and continuing with my weight loss. I am very grateful to you Jon for your continued support. I only have one regret and that is I didnt contact you sooner, I cannot recommend the HypnoBand system highly enough. "
Mrs N, Great Dunmow

"Hi John, As from today, I have lost 6 stone 2 lbs and feeling great. Thank you again for everything."

"I had been taking anti depressants for over 7 years and had counselling through my GP and employer to no avail. I thought the root to all my problems were weight related and tried every diet known to man. I originally saw Jon`s advert in a local magazine and thought "what the hell, I`ve tried everything"
and gave him a ring. I went for a free consultation and felt at ease instantly. Jon recommended hypnotherapy, I had five sessions, I will admit they were not always easy. I learnt to let go of a load of junk that I had been carrying around for years. I felt so much happier, like a huge weight of guilt had been lifted. We then went on to do some work on Changing Limiting Beliefs. I can honestly say that within a week I had decided to cut my anti depressant dosage by half. By the third week, I had stopped taking them completely. I didnt need them anymore.

"Jon is a brilliant therapist and I recommend visiting him to everybody who has been living with a limiting belief system. Things happen, but Jon has helped me build a strong belief system that I can face any challenge."

If you have skype installed you can click to call Jon Hicks.