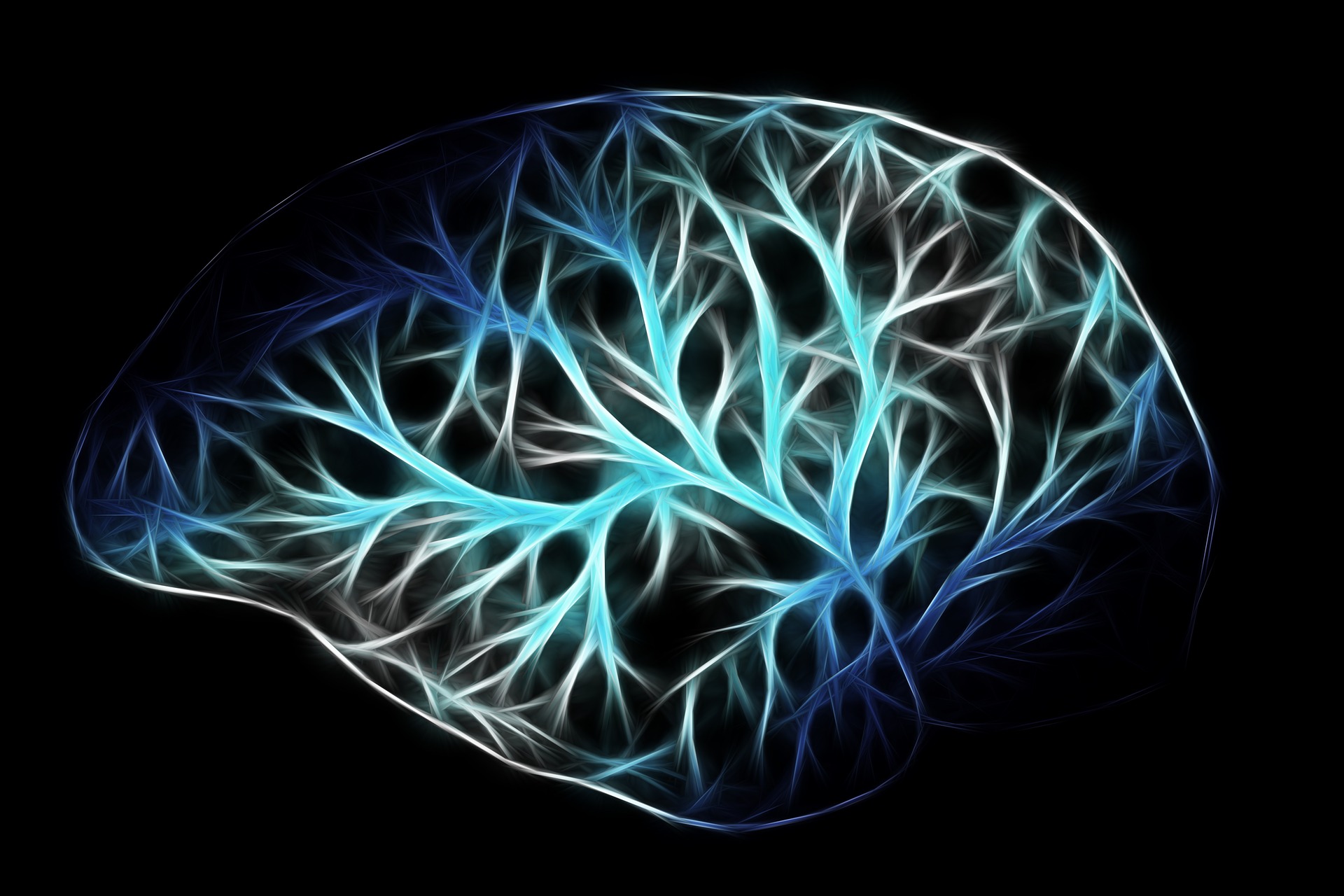 From the moment we are born, our brain is like a sponge; absorbing all sorts of information about ourselves, others, and our environment. It uses all our senses to gather this information for our brains to store; from a simple taste of ice-cream to a memorable holiday, from learning to walk to improving a skill.

It’s a myth that once our brain cells die, they can't grow back. This follows the myth that we are born with all the neurons we'll ever have. In fact, some neurons do regenerate and can change. Neuroscientists have long believed that learning and the formation of memories are made by the strengthening and weakening of connections among brain cells and that when two neurons frequently interact, they form a bond that allows them to transmit more easily and accurately.

Neuroscientists have also established that the conscious mind is responsible for decisions only about 5% of the time. The rest is run by your unconscious mind. Meaning we are completely unaware that our subconscious minds are making our everyday decisions.

Our brain is an extremely powerful tool, allowing us to create neuro-pathways. Neuro-pathways are like main roads or motorways of nerve cells that transmit messages. The more we use a certain pathway, the more it becomes solid. Imagine making a pathway in the snow, across the grass. We may prefer a specific food, or carry out an action repeatedly like smoking a cigarette, thus forming a pathway. That’s called neuroplasticity of the brain. Neuroplasticity is an umbrella term referring to the ability of our brain to reorganise itself, both physically and functionally, due to our environment, behaviour, thinking, and emotions. This is not a new concept, as it has been mentioned going back to the early 1800’s. MRI scans can confirm this amazing ability of the brain. While it’s true that our brain is able to change during the early years of life, plasticity happens all throughout our life. The word plasticity means 'flexible'. It has the ability to change; to reorganise itself.

However, this same characteristic which makes our brain amazingly resilient also makes it vulnerable to external and internal influences. Whenever we form a memory, have an idea, or try something new, we will create a new neuro-pathway, and the brain will change, creating a new chain of neurons. As this happens, blood flow increases. This then notifies the neurons that are located in this area, supplying them with more oxygen. Like a muscle, this action causes the neurons in that vicinity to slightly strengthen each time they’re used, which in turn makes it increasingly easy for the neurons to fire. This is what happens when habits are formed; pathways of neurons fire over and over again to the point where they almost fire automatically. Thus explaining why we sometimes accidentally drive to our old house the minute we stop thinking, or why it’s so difficult to stop biting our nails.

If a new task is repeated over and over again, it will begin to become more and more second nature to us. While neuroplasticity is less flexible as we get older, evidence shows that it still occurs and helps us develop new skills, and recover from injuries and problems that could otherwise leave us out of action. This supports the idea that we can achieve anything we put our minds to.

Neuroplasticity makes our brain extremely resilient and is the process where all learning takes place in our brain; playing a musical instrument, learning to drive, mastering a foreign language. Neuroplasticity also enables people to recover from a stroke, injury, depression, and addictions, and even reverse obsessive-compulsive patterns.

I know the power of neuroplasticity both professionally and personally. Through accessing therapies such as Hypnotherapy, NLP, meditation, and mindfulness practices, I overcame a very dark, depressive time in my life. I also stopped smoking. Both of which encouraged a neuroplastic change. However, it was because of neuroplastic change that I experienced my depressive time and also formed a habit of smoking in the first place.

Neuroscientists and leading pioneers in brain plasticity, such as Merzenich from the University of California, have confirmed that we can access neuroplasticity for positive change in our own lives in many ways. The more something is practised, the more connections are changed; this includes all elements of the experience (sensory, auditory, visual, movement, etc). Learning-driven changes increase cell-to-cell cooperation, which is crucial for increasing reliability.

Merzenich explains this by asking us to imagine the sound of a football stadium full of fans all clapping at random, versus the same people clapping in unison. He explains "the more powerfully coordinated, the more powerful and more reliable their behavioural productions". He also goes on to say that the brain also strengthens its connections between teams of neurons representing separate moments of successive things that reliably occur in serial time. This allows our brain to predict what happens next and have a continuous 'associative flow'. Without this ability, our stream of consciousness would be reduced to "a series of separate, stagnating puddles".

However, neuroplasticity is a two-way street; it is just as easy to generate negative changes as it is positive ones. Our brains have to be 'in the mood' for change. Being alert, engaged, and motivated releases the neurochemicals necessary to enable such change. When disengaged or even distracted, your neuroplastic switches are 'off'.

Do you recall 'crashing' for exams? Having a 'brain block'? The harder you try, the more motivated you are, at the height of alertness, and the better (or worse) the potential outcome. This brings about a bigger brain change. If you’re intensely focused on the task and really trying to master something for an important reason, the change experienced will be greater.

Each brain change is initially different and temporary. Our brain first records the change and it only becomes permanent if our brain decides to keep it. This is done by our brain judging the experience, determining whether it should make the change according to whether it is novel enough to keep.

We must make serious attempts to continue to challenge our brains on a daily basis. Each time we learn something new and practice it, our brains will either change the structure of its neurons or increase the number of synapses between your neurons, allowing them to send and receive information faster.

The important fact is that programs in the subconscious mind can be quickly rewritten). We are able to rewire or reprogramme our brains to build new and improved pathways, removing unwanted behaviours, thoughts, and addictions directly from the source. It is hopeful, however, that as the brain is always changing, we can forge new pathways and create new habits.

The use of hypnotherapy and other therapeutic modalities is becoming more and more popular. Why?  Maybe it’s because of achieving quicker results, with drug-free, non-invasive treatment. Hypnosis is a real phenomenon and is also very powerful, and it is proving increasingly useful to psychologists and neuroscientists, granting new insights into mental processes and medically unexplained neurological disorders.

It has been around for as long as we have been around, just under many different names. Hypnosis is a natural state of the human mind and can be triggered by a variety of experiences. Around the turn of the 20th century, modern medicine was being developed, and since then great leaps have been made in the areas of psychology and hypnosis.

The use of hypnotherapy can strengthen neural pathways and speed up the healing of the mind, body, emotions, and spirit. Neuroplasticity is the brain's ability to reorganise itself by forming new neural connections throughout life, and in cases of injury and disease, the neurons adjust their activity in response to the new situation or change in their environment.

In order to reform, the neurons need to be stimulated through repetition and activity. Relaxation speeds up this process. As the subconscious mind sees using pictures and symbols, it is unable to tell the difference between real and imagined. Give it an image of the brain functioning properly, or neurons strengthening, and the subconscious can accept that as true and reinforce and strengthen that hypnotic suggestion. We can be empowered to take an active role in our healing by learning self-hypnosis to reinforce these images.

Through hypnosis and left/right brain exercises, many people have overcome the negative effects of strokes. Neuroplasticity can be enhanced through the power of the mind. Regardless of age, our brain has the ability to make new neurons and construct new neural pathways throughout your life. When you engage in new experiences, new pathways are forged, and every time you think a specific thought, a specific pathway of neurons fires up. With repetition, this pathway is strengthened.

Even as you read this, your brain is changing. Self-hypnosis and hypnosis promote relaxation, and the deeper the relaxation, the more efficient the process of mind to muscle communication.

My name is Les Roberts. I am a qualified clinical hypnotherapist, Neuro Linguistic Programming, Reiki, EFT and IEMT practitioner. I am based in St Helens, Merseyside. I work confidentially with both adults and children. I have over 12 years experience working within a paediatric integrated therapy service for the NHS.… Read more

Find a hypnotherapist near you