Hypnosis isn't what you think it is

The first time I meet a client, I always ask them about their preconceptions regarding hypnosis and very often their answers are quite startling. The media, film, and stage hypnosis have given the public some interesting ideas on hypnotherapy and the use of hypnosis within this branch of complementary therapies. Here, I discuss some of my favourite misconceptions about the hypnotic state. 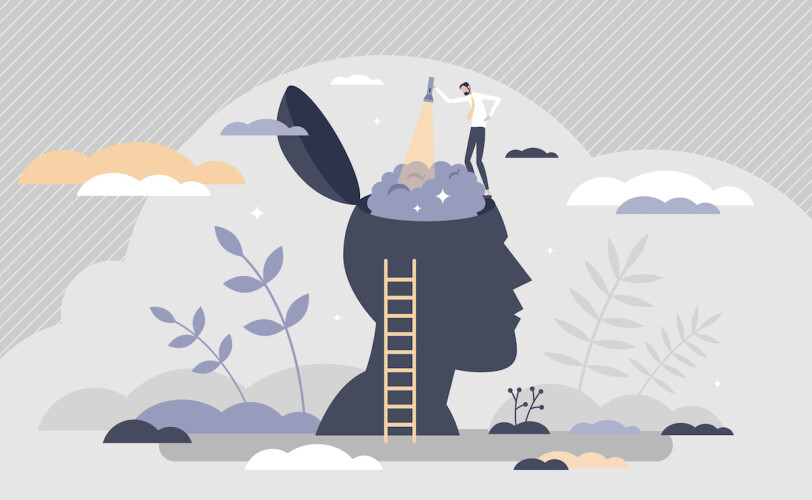 After a couple of hundred years of arguing, the jury is still out on the nature of trance and whether or not it even exists. Some teachers of hypnotherapy don’t even mention trance in their courses while others will discuss the different brain states associated with different levels of trance in great detail.

The important thing though is what trance means to clients and their expectations upon entering the treatment room. Many of my clients have never had hypnosis before and are unsure what to expect. Others have had hypnosis but were surprised to find they didn’t feel any different whilst in a so-called trance.

Luckily, everyone has experienced hypnotic trance, such as it is, sometimes many times a day. Ever got so involved with a film that you cried? That’s trance. Ever driven somewhere only to arrive realizing you can’t remember parts of the journey because you were lost in your own thoughts? Trance. Sat daydreaming to the exclusion of what is going on around you? Yep, you guessed. Got lost in a good book? I’m sure you can think of many more examples of times you turn your attention inwards and lose track of what is going on around you.

So, for hypnotic purposes, trance is just the idea that you are focusing on being ‘in your own head’ rather than what is coming in through your senses. It’s an attempt to quieten the inner voice and direct attention to the subconscious. But mainly, it’s important to understand that the trance state is an ordinary, everyday occurrence and not some magical, ethereal state of mind that happens only in the hypnotherapy session.

You lose control of your thoughts and actions

So if trance is just a form of daydreaming then this would mean that, even during the deepest hypnosis, you always maintain some awareness and that, at any time, you can snap out of it if need be. Imagine driving along, lost in your own thoughts. You are blissfully unaware of what you are doing as you focus on some daydream. However, if a child were to run out into the road, your reactions would be razor-sharp. You would snap out of your ‘hypnotic state’ in an instant. Therefore there is no sense of loss of control during hypnosis.

During my training, we were told about an experiment which was performed at a hypnotherapy convention. Three subjects were brought onto the stage and placed into the deepest possible hypnotic trances. When they were as deep as possible, the fire alarm was set off. All three subjects immediately stood up and headed for the fire exit. And surely this would be the same in a movie theatre where the audience was ‘lost’ in the film. Surely you can never be so lost in a film that you don’t clock the flames licking around your feet? The hypnotic state isn’t magic, in fact, it is ordinary and commonplace. That doesn’t mean that it isn’t a powerful tool for change though.

Have you ever seen a stage hypnotist? They make people do some strange things: play air violin, flirt with another participant, or make someone think they have eleven fingers (by suggesting that the number eight - for example - doesn’t exist.) So how can we say that the hypnotized are not being controlled by the hypnotist?

To understand what is going on, we first need to look at the process. Firstly, at the start of the show, the hypnotist will give the audience a suggestibility test such as suggesting that they can’t open their eyes. He will then invite those that couldn’t open their eyes (say, a quarter of the room) onto the stage and further drill down to, say, the most suggestible ten people. Bear in mind that only the people who were ‘up for it’ would have taken the hypnotist up on their invitation.

Once the show begins properly, and with ten or so participants on the stage, the hypnotist will further refine his selection on the fly as he susses out the most suggestible people. This means that some on the stage never get to do much and others become the focus of most of the show. Therefore it’s the few people in the room who are most suggestible and who are most up for the experience who end up on stage.

These punters on a night out at a stage hypnosis show, and after a few drinks, are already primed to ‘have a go’ and have some fun, so there won’t be much resistance to doing some of the outlandish tasks that they are asked to, particularly by the more outgoing audience members.

Well, yes and no. All hypnosis starts with a guided meditation and, like meditation, the point of it is to relax the body and calm the mind. A standard hypnotic induction (the part of the hypnotic process that is designed to get the client into a relaxed and receptive state) very often will start with a whole-body relaxation where the therapist will take the client through all the major muscle groups, relaxing each one in turn. After this, there will be some sort of ‘deepening.’ This traditionally consists of the image of a staircase to proceed down, with the suggestion that the client is relaxing more and more with each step. This can lead them into a ‘safe place’ such as a garden, meadow, beach, etc. where the client is encouraged to experience this scene through all their senses. So far, so meditative.

However, like many hypnotherapists, I always ask my clients to feedback on what they are experiencing as we go so that I can keep track of their experience and fire off their senses as effectively as possible. This differs from guided meditation which is usually a one-sided description from the guide with no input from the meditatee.

Furthermore, once the induction is done, then the therapy begins and this phase, although sharing some points with meditation, such as the use of metaphors, is where the therapist really earns their fee as they will need to respond to the client on the fly, quickly, fluidly and appropriately. Therefore what starts out as a form of guided meditation, becomes much more of a conversation. And one with a purpose beyond simple relaxation.

The point of visiting a hypnotherapist is to have hypnosis

A colleague of mine tells the story of trying to induce eye closure in a client. Years ago (and sometimes still), hypnotherapy was occasionally a bit more showy and therapists would set great store by their ability to induce a client to involuntarily close their eyes at the start of the induction. Anyway, he had the client look at a candle flame whilst suggesting that their eyes were getting heavier and starting to close. Twenty minutes later, however, the client’s eyes were still stubbornly open. When I asked why he didn’t just ask the client to close their eyes he said, ‘it was a matter of pride.’

These days, thank goodness, many of us just ask our clients to close their eyes as we get started which gives us more time to do what the client has asked for help with, whether it be to do with calming anxiety or conquering a phobia.

Hypnosis is a tool, a means to an end, and not an objective in itself. In fact sometimes, and am not alone in this, I may not even use hypnosis in a session, preferring to use a more appropriate intervention instead.

My favourite fact about the ephemeral nature of hypnosis speaks buckets: in 2012, the UK government tried to regulate hypnotherapy practice but failed because, amongst other things, no one could agree on what hypnosis actually is.

So go forth and be hypnotized - watch a good film, drive, or just daydream - and rejoice in your experience, because, whatever it may be, it will be authentic to you. Basically, you can’t do it wrong.

Carl is a registered clinical hypnotherapist with a fascination for facilitating past life regressions. He has an advanced diploma in past life therapy and now spends over half his working week conducting PLRs for curious past life explorers. He works out of his home office in Middleton, North Manchester, and online across the world.