Can you change your life story?

If you were to write your life story, who would you choose to be? Do you feel you have a choice in the events of the story of your life at all? Or is everything already written, and are we powerless to affect the story we tell of ourselves? 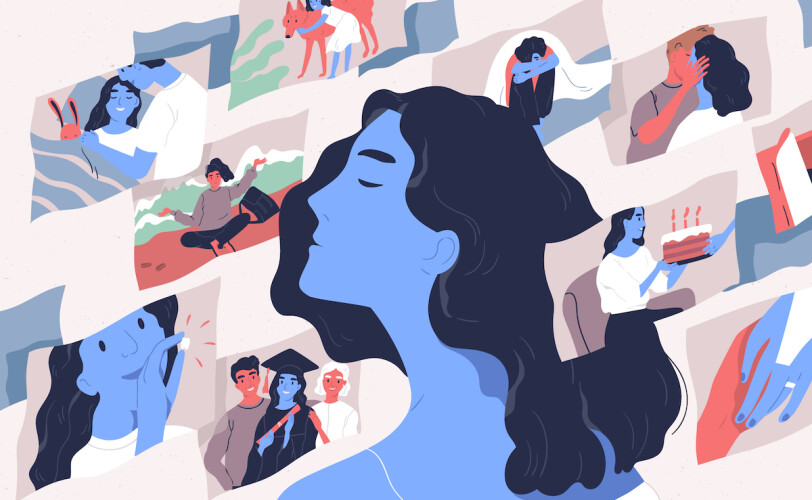 To begin to answer this question, we need to travel back between 30,000 and 70,000 ago. This was the time many believe a giant leap in our cognitive evolution in Homo sapiens gave way for language to develop. This gave us a means to directly share our subjective thoughts with the rest of our tribe.

This allowed us to codify thoughts and feelings and to develop a common tongue so that our fellow tribe members could also be understood. But, perhaps most profoundly of all, Homo sapiens now had the tools for the first time to ask the biggest question of all: What is the purpose of life?

Worlds within the word

These new ways of communicating and expressing ourselves stirred our imaginations and we began to weave myths and stories, daring us to collectively imagine if there was something beyond the cloudless Savannah skies.

With primitive grunts, snarls, and growls, Homo sapiens began to express their very soul; the development language gave us the gift of creating our own reality.

Buried underneath the collective belief systems we call culture, we hold ideas about our individual selves that are arguably only as true as the conviction with which we cling to them. These self-imposed superstitions, myths, and stories we come to believe of ourselves are what psychiatrist Eric Berne called 'The Life Script'.

Here is briefly how it works. During the first seven years of our lives, we are living in a light hypnotic state called Theta. This is because our cognitive functioning is still in development. Like a sponge, our brain absorbs everything it can, hoping to somehow make sense of the various data it soaks up.

From this data, we spin our very own unconscious biopic. This is the Life Script that will determine our future, however fatalistic or fantastic we allow it to be.

By the age of seven, we have already decided our role, whether we realise it or not. This may be why Jesuit priests would say “show me the boy of seven and I will show you the man.”

As Berne would elaborate: "A Script is a life plan based on decisions made at any developmental stage, which inhibit spontaneity and limit flexibility in problem-solving."

Do you live in love or fear?

The Life Script is the blueprint that you have unconsciously developed as a child based on the available evidence around you. If you felt loved and supported as a child, you are very likely to carry that sense of assurance into adulthood and reap the benefits. If your childhood was traumatic or distressing then these are the experiences that will shape your expectations of later life in much more pernicious ways.

Imagination and the real world are one and the same for youngsters.

A belief you formed in childhood could have a life-limiting impact on adulthood.

But, as with the myths of our forefathers, the stories we believe of ourselves are not baseless delusions; they make up the building blocks of what psychologist Timothy Learycalled 'Reality Tunnels'.

The term Reality Tunnel was used to encapsulate the idea that our experience of the world is arbitrated through our beliefs, senses, life experience, and social conditioning. As Robert Anton Wilson wrote when expanding on the subject:

“Every kind of ignorance in the world all results from not realising that our perceptions are gambles. We believe what we see and then we believe our interpretation of it, we don't even know we are making an interpretation most of the time. We think this is reality.”

It is important to remember that our Life Script is just a projection, a story: an imagined possibility based on the expectations of a child. It is not destiny!

We don't see things as they are; we see them as we are.

If hypnosis created the script, can hypnosis also change the story?

The simple answer is, yes!

Our life script is like a silent voice whispering to us on an unconscious level. Because of this, we are very rarely aware of its influence. Sometimes, when we consciously try to change the life script, we can feel overwhelmed, or worse, we unconsciously self-sabotage in order the re-affirm our protective beliefs.

As hypnotherapy deals initially with the unconscious, it can afford us a wonderful opportunity to revise the story of ourselves. As the script is written in our first seven years on the planet, it is written at a time when our brains are operating on the theta level, which is the same level as hypnosis or meditation, so it provides the perfect foundation to build the bridge that can allow the parts to works harmoniously and rewrite the parts of the script that are keeping us stuck.

Thankfully, our stories, as well as our traumatic memories, often show signs of plasticity, which means they can be shaped into more useful beliefs that will ultimately serve a life of purpose beyond the limits of the story we tell of ourselves.

Eric Berne was adamant that anything that has been learned can also be relearned. As evolution has shown us, it is always possible to wake up from one myth in order to live a happier one.

If you would like to see a video version of this article, please feel free to watch it on my YouTube channel.

I am a Cognitive Hypnotherapist in North London.