Many people were shocked when they heard that the much-loved comedian and actor Robin Williams completed suicide. Tributes around the world flooded social media as people came to terms with the fact that one of the zaniest, funniest men on the planet decided to end his own life at the age of 63. The danger period for suicide in men is between age 25 and 65 years, Robin obviously tried his best to hang on for as long as possible but the demon that is depression eventually won.

According to the World Health Organisation, depression is the number one leading disability in the world with an estimated 350 million people globally suffering from it. Men are three times more likely to complete suicide than women, with depression normally being the major factor.

People regularly band the word ‘depression’ about freely. ‘Oh I’m so depressed because I can’t afford that new pair of shoes’ or ‘I feel so depressed I can’t afford to go on holiday!’ These are the same people who tell you they are ‘dying of flu’ when all they have is a head cold or that they are 'literally starving’ because they haven’t eaten in four hours!

Depression is a very real, debilitating condition and if you genuinely have it you will know! Some use the analogy of having a dark cloud hanging over them; others say it’s like having a big, black dog following them around. We’ve all experienced days where there is an unusual stillness about the day, almost as if the world has stopped revolving and everything seems muffled and somehow unreal. It feels like there is something missing but you can’t put your finger on it, so just go about your day as usual until it passes or the wind gathers up and the birds start singing again.

Living with depression means every day feels like that. There is a sense of complete hopelessness, like continually treading water never getting to the edge or touching the bottom. There is a feeling of detachment from even those closest to you. Life is futile and you cannot see any point in carrying on. Many will do nothing about it. They carry on throughout their lives with a false smile forever on their face while they cry on the inside forever, fantasising about their life coming to a welcoming end.

There can be many signs or none at all. For some, they cry out for help hoping someone will listen and help them. They may talk about killing themselves or that they feel useless and a burden. That they feel trapped. They may drink more, abuse drugs, sleep erratically, and deliberately isolate themselves away from family and friends not wanting to go out or mix with other people. They may start getting their affairs in order or start giving away personal belongings.

However, for some there is no prior warning, no signs, no indications they were ever even slightly unhappy. They are normally described as the ‘life and soul of the party’ sort of guy. Only afterwards do those closest to the suicide victim start recalling the odd incident and piece together their last few weeks or months and then see the signs they so easily missed.

Depression is normally slow growing, a continuum that gradually creeps up on the person before becoming all-consuming. Sometimes they don’t even know the root cause which makes them then feel guilty for having these feelings. For some people like Robin Williams, they appear to have it all – success, money, a loving family – but when you are depressed these things just aren’t enough.

A common belief bandied about by people is that if they won the lottery it would solve all their problems and they would automatically be happy. Or maybe if they were thinner or prettier all their problems and unhappiness would melt away. However, change has to come from the inside, material wealth and cosmetically enhanced imagery or dieting makes no difference to a person’s level of well-being and happiness.

Maxwell Maltz a famous plastic surgeon in the 1950s noted that many people who came to him with disfigurements were still as unhappy and still felt as ugly even once he had reconstructed their faces. Their attitude to life, their well-being was still affected you see, because they felt ugly on the inside. Changing their physical appearance made no difference to them and he realised they needed to be changed from the ‘inside’ and the negativity they felt had to be addressed.

He realised that their self-image was contorted. When they looked in the mirror they didn’t see a new, improved face – all they still saw was the ugliness they had always felt. The feelings associated with the pain they felt in the past whether physical or psychological were still there.

He realised that for some people the psychological scars ran much deeper than any physical ones. In order for them to accept the physical change on the outside, they first had to address how they felt on the inside.

There are many medications available to treat depression and episodic sadness however many of these have side-effects, some of which can make the patient feel worse before they feel better. Ironically side-effects listed with the medication will often include ‘may have suicidal thoughts’.

Iris Chang a young American Activist and Human Rights campaigner completed suicide leaving behind a young son and loving husband. In a book of her memoirs, her mother wrote that although they knew she was depressed and was desperately crying out for help, when she actively sought medical intervention she was just handed some antidepressants and sent away without further treatment or monitoring.

In her quest to find out the truth and research for her book ‘The Rape of Nanking’ about the Chinese massacre of 1937-38 the horrors she was told and the pictures she was shown played heavily on her mind and she could not cope with the magnitude of this Holocaust and the utter helplessness of the situation people must have faced.

Although these drugs can help lift the person out of depression, they don't tackle the underlying cause. However, it is important that advice and support is sought medical or otherwise as soon as depression is suspected.

How hypnotherapy can help

The whole process of hypnosis from beginning to end is beneficial to the person with depression. Firstly, they are in a nice, relaxed environment. No pressure is put on them to disclose any memories or feelings that leave them feeling uncomfortable. Much of the therapy can be carried out content free.

The hypnotherapist will respect the pace they want to go at and sometimes just lying back relaxing, having someone to talk to can begin the process of recovery. For some people memories are what cause their depression. Something from the past that either happened to them or someone close to them can leave them spiralling downwards. The memory is constantly played over and over again in their minds; it starts to consume them until it fully encompasses them. Worst case scenarios are thought out or how things might have turned out differently or that absolutely nothing could have been done that could have changed the course of actions leaving them feeling inadequate.

In this case, the therapist will work on how to change the feelings associated with the memories by using techniques proven to change one’s mindset. The memories will remain but how you feel towards them will be totally different as you will be emotionally removed from them.

Other reasons for depression could be because of a trauma suffered by the person or perhaps abuse, the loss of a loved one, suffering from ill health or from environmental or financial hardship. Again the therapist will access your unconscious mind and teach you methods to detach yourself from the negative feelings associated with the cause. If for example, the problem is financial hardship that is causing the depression, the therapist won’t be able to improve your fortune but what they can do is get you to disassociate from the panic and futile feelings that go hand in hand every time the problem comes into your head.

We mustn’t forget the survivors of suicide, the families who have to live with the anguish of feeling helpless that they did not see the signs or perhaps take the person seriously assuming they were just feeling down. Survivors’ guilt can then lead to an overwhelming feeling of grief. If not treated this too can then lead to depression as they continuously battle with ‘what if’ and ‘if only’.

Hypnosis can greatly help them look at the problem logically and alleviate their symptoms enabling them to understand that they were not in any way to blame or that they could have done anything differently.

It is easy to blame the suicide victim and say he was selfish. Selfish to put their family and friends through such a trauma, selfish not to appreciate all they had whether in a material sense or having been much loved. In fact, they are very brave; many of them will have been suffering inner anguish for years, their mental health suffering because they knew their families would be devastated.

Robin Williams would not have made this decision lightly nor would it have been on a whim. The pressure for someone like him to always be expected to be the ‘clown’ firing off jokes at the drop of a hat must have been enormous. He just simply could not take it anymore. Life became too difficult to live.

There is still so much stigma attached to depression – as soon as someone hears the word ‘mental health’ they back off. It is not a disease, it is not catching – it is very treatable and yet too many suffer sometimes for many years in silence.

We can help you embrace that black dog, give it a pat on the head, acknowledging it then sending it on its way. We can help you banish that dark cloud enabling you to see the sun shining in the sky once more so that you can see and appreciate life. We can throw you that life jacket and guide you to the shore and enable you to live the life you deserve. Do not suffer in silence, let us help you live your life to the full.

Biodun Ogunyemi is the founder of Optimind, one of the leading hypnotherapy practices within the UK. He has practised on Harley Street and is an experienced hypnotherapist, trained to the highest level in advanced hypnotherapy and NLP and is the author of over 180 hypnosis products.… Read more

Can house clutter actually cause depression?

During March 2020, my house felt tidy, I had so much spare time in my day that I could declutter and tidy until my... 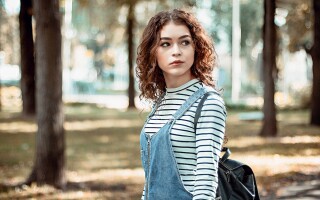 A proactive approach to depression

Every now and then something happens in life that creates a massive shift in mood. When this happens, there is the... 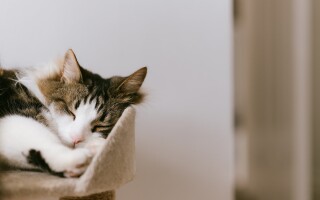 Have you ever experienced the heartbreak of losing a pet? Are you already feeling anxious because your elderly pet...