Why common sense can't cure a needle phobia (or any phobia)

Laura phoned me from her hospital bed. ‘I really miss my little girl. Please help me go home to her’. Six months pregnant with her second child, Laura had developed a blood condition that required her to have daily injections for the remainder of her pregnancy. After a short stay in hospital, most women with the condition are able to administer their own treatment and go home to their families. 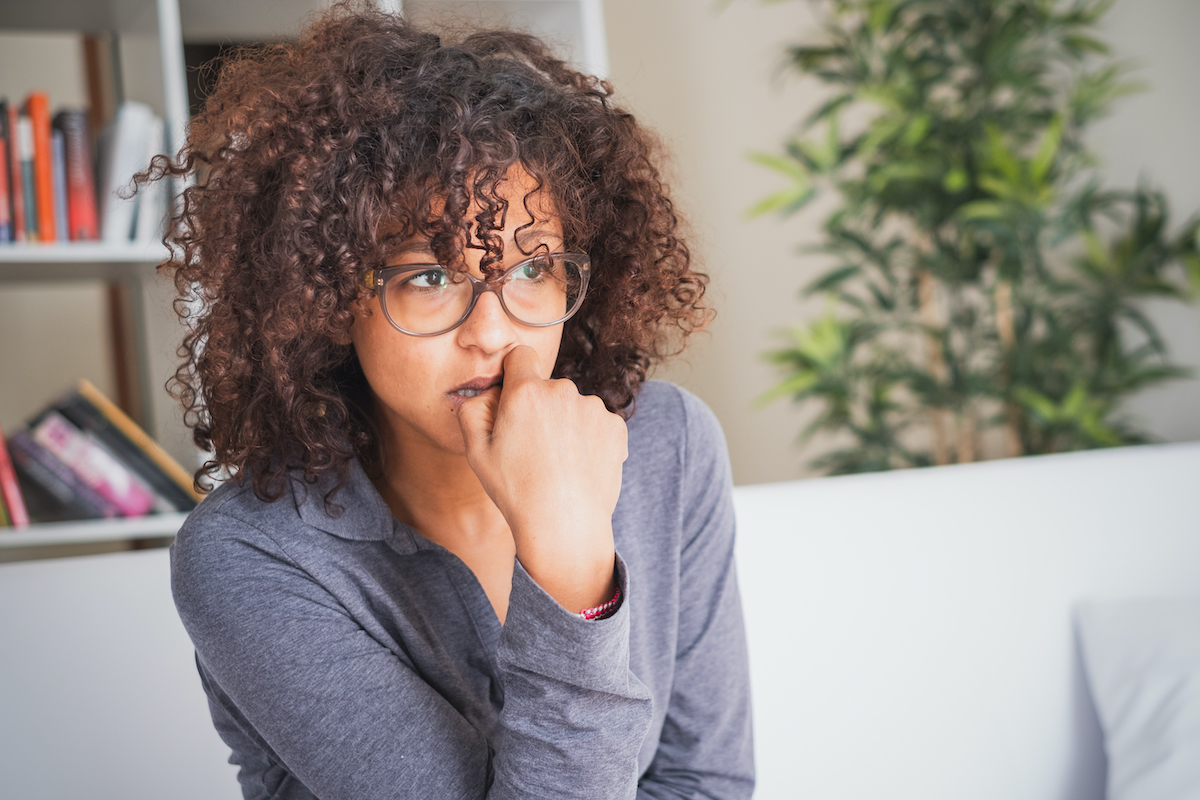 Unfortunately, in Laura’s case, whenever someone came near her with a needle she’d have a panic attack. This panic would be so intense that Laura would hyperventilate, her heart would race, she’d break out in a sweat and she’d begin to shake violently. Once, while having her rubella vaccination at school, Laura had even fainted. It took hours to recover after each panic attack, and even after her daily injection was done, it wasn’t long before Laura would start worrying about having to go through it all over again the next day.

‘I feel so stupid,’ Laura said. ‘I know it’s just a little needle, and it’s giving me good things that are keeping my baby safe. I tell myself to get a grip but then the anxiety starts up all over again. I just don’t know how to get out of it.’

Laura had a huge incentive to overcome her phobia – an adorable toddler at home who was missing her mummy as much as Laura was missing her little girl. Yet even this motivation wasn’t enough to make Laura calm enough to administer her own injections.

Why logic doesn’t work on phobias

The difficulty with phobias is that no amount of rational thinking can convince us that the thing we’re terrified of isn’t a threat.

Even treatments like cognitive behavioural therapy (CBT), which focus on desensitisation and exposure, will only take you so far. This is because phobias aren’t a product of our logical, reasoning brains – they’re stored in our emotional brains.

When we experience something scary, evolution has programmed us to react as quickly as possible to keep us safe. We experience this reaction as the fight or flight response, and our ancient ancestors’ survival depended on it. Those primitive humans who stopped to ponder whether or not the sabre-toothed tiger was a threat mostly didn’t survive long enough to pass on their genes. So we can thank our fast-acting emotional brains and the fight or flight response for our very existence.

The trouble is that because our emotional brains are focused on our survival, they err on the side of caution – ‘err’ being the operative word when it comes to phobias.  When mistakes happen, our emotional brains can propel us into fight or flight mode when there is, in fact, no risk to our survival. This happens most often when we’re young, before our brains fully mature, but phobias can develop at any age following a sufficiently traumatic event.

Imagine a young hunter gatherer wandering past some colourful bushes into a cave when suddenly a huge, angry, bear starts heading for him. The youngster’s fight or flight response kicks in, and he manages to run to safety -  but not before his emotional brain has taken a snapshot of everything around him. Following this event, his emotional brain fires up a warning every time he sees the colourful bushes, and nothing can entice him to enter the cave, no matter how many other people reassure him that there’s no danger this time.

Of course, we don’t develop phobias every time we get scared. Our brains are complex and unique. It’s entirely possible for three people to experience the same event and for one to develop a phobia while the other two suffer no long-term ill-effects. This doesn’t mean the one who gets a phobia is weak-willed or neurotic. If anything, their emotional brain is doing its job too well. 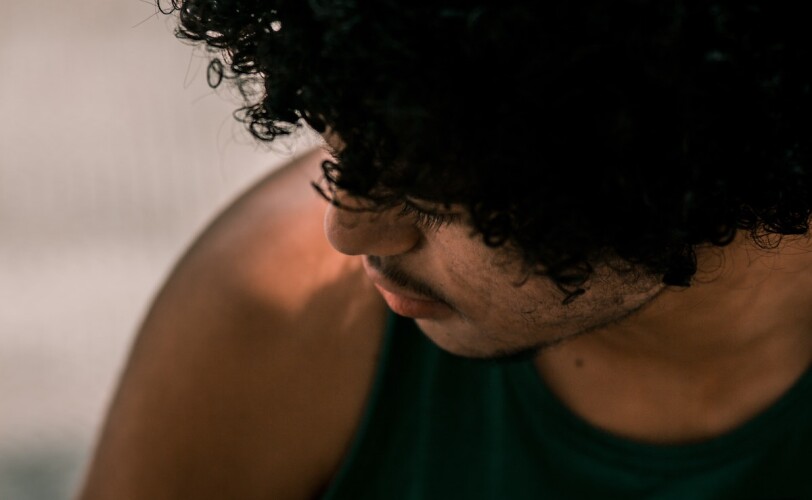 Imagine you’re driving your car and it starts making a strange noise. The noise is especially bad when you’re driving uphill. For a while you might avoid hills, but this isn’t a long term strategy. Sooner or later, someone who knows their way around an engine is going to have to lift up the bonnet of your car and locate the source of the problem so it can be fixed.

Our minds are, of course, much more complex than car engines. But when it comes to getting past a phobia, trying to reason your way out of it is like cleaning your car in an attempt to fix the noise coming from the engine. No amount of vacuuming the upholstery or shining the bodywork is going to get rid of the noise, because that’s not where the problem lies.

Similarly, no matter how many times you tell yourself it’s silly to be afraid of needles, spiders, or giving a presentation to your colleagues, you’re still going to feel the same anxiety and panic in the face of what you’re afraid of. Willpower and logic are simply no match for the power of your emotional brain when it comes to (what your brain considers to be) a question of survival.

So if common sense and logical reasoning don’t work - and if it’s a true phobia they really won’t -  what can we do to stop ourselves going into panic mode in the face of these harmless things?

Fortunately, most phobias are pretty straightforward to fix once we look in the right place. Every time we ‘do’ a phobia, we reinforce the neural circuits that trigger panic in the face of what we’re afraid of. Using hypnotherapy, we can direct our minds to create new neural pathways, telling the unconscious, ‘Don’t do that, do this instead’. This mental rewiring can happen in an instant. No matter how long someone’s had a phobia, most can be free of it within an hour to a few weeks.

Back to Laura. On the day of our appointment, I arrived at her hospital bedside to find Laura holding an orange. A syringe lay on the table beside her. ‘The doctors have given me this to practise on,’ she said sadly. ‘But I can’t even bring myself to pick up the syringe.’

As we spoke, it became apparent that Laura had inherited her needle phobia from her mother. This is common, and makes logical sense. When we’re young, we rely on our parents for our survival, and we take our cues from them. If our parents are highly anxious around needles, say, then it makes sense for us to be vigilant around them too. Of course this doesn’t mean we all inherit our parents’ phobias, nor that phobias don’t develop independently.

Phobias arise in as many different ways as there are people on the planet. But no matter what the root cause, with the right approach the brain can be rewired to be calm instead of panicking.

By the time I left Laura’s hospital room, she was astounded to find herself comfortably handling the syringe and pushing its plunger deep into the orange. Later that afternoon, a nurse taught her how to inject herself, and the next day Laura was home with her family, delighted that she could now do what was required to take care of herself and her unborn baby.

As I write this, thousands of people in Britain are dreading being called for their Covid-19 vaccination, no matter how much they want immunity from the coronavirus. If you’re one of them, I hope that Laura’s story has given you the confidence to seek treatment. You won’t regret it – freedom awaits.

Lucinda Leo (BA Oxon, DipCHyp) is a cognitive hypnotherapist and NLP Master Practitioner who lives by the sea with three teenagers and two dogs. Lucinda specialises in helping sensitive, intense, and gifted clients live their best lives . She works online and in person.