Why you procrastinate and what you can do about it 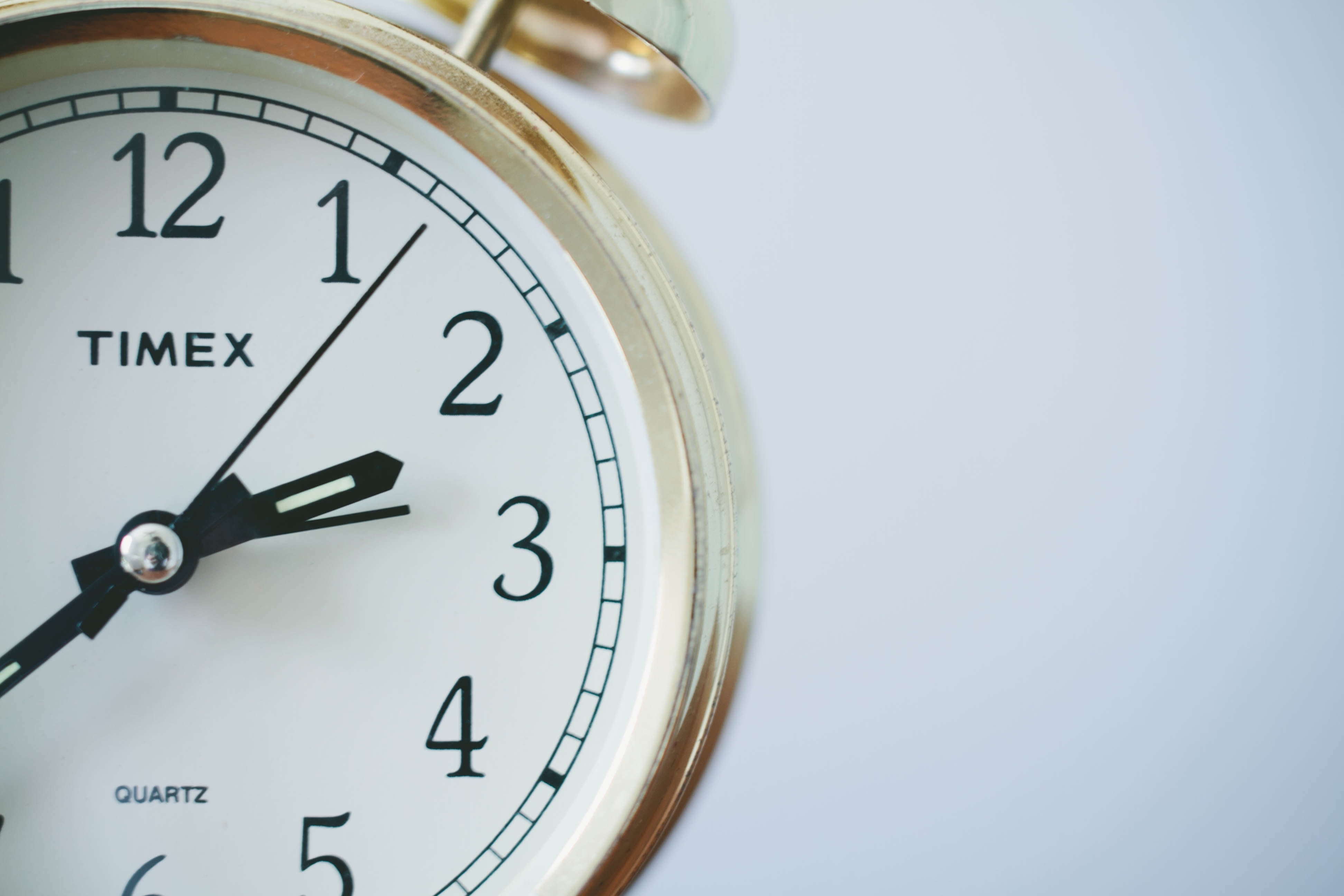 There is a famous quote by Dickens which goes "procrastination is the thief of time, collar him". But I think it’s worse than that - procrastination can steal your confidence, your motivation, and your future.

Here are a couple of typical scenarios;

'The voluntary delay of an intended action' is how research psychologists have defined procrastination. We believe that tomorrow will be different, or that we’ll be different tomorrow; but in doing so, we prioritise our current mood over the consequences of our inaction for our future self.

Joseph Ferrari, professor of psychology at DePaul University, says that "while everybody may procrastinate, not everyone is a procrastinator", but as many as 20% of people may be chronic procrastinators.

Procrastination reflects a basic breakdown in self-regulation. This occurs most often when we are faced with a task that’s boring, frustrating, lacking meaning, and leads to unpleasant feelings or negative mood.

We may tell ourselves two things when we procrastinate;

There’s no single type of procrastinator. Chronic procrastinators have continuous problems finishing tasks, while situational procrastinators delay because of the task itself. When an unpleasant task meets a person with low self-discipline, and they’re stressed, it’s going to result in procrastination.

Professor Timothy Pychyl of Carleton University, says "I think the basic notion of procrastination as self-regulation failure is pretty clear; you know what you ought to do and you’re not able to bring yourself to do it. It’s that gap between intention and action".

People who procrastinate are not lazy. They may often put off doing things, leave them to the very last moment or, sometimes, even spend their time staring at the wall. Lazy people simply don’t do anything and are just fine with it. Procrastinators, on the other hand, really want to do something but can’t force themselves to start.

Don’t confuse procrastination with relaxation, either. Relaxing recharges your energy - procrastination drains it from you. The less energy you have, the more stressed - or even depressed -  you might become, and the higher the chances of you putting things off.

You might hear people say, and maybe you are one of these people, that they love leaving things to the last minute. They justify their actions by claiming that they are most productive under pressure. But scientific studies show that the opposite is true. Putting things off until the very last moment creates stress, guilt, and ineffectiveness.

Procrastination is a problem when it becomes one of the main barriers blocking you from getting up, making the right decisions, and living the life you’ve dreamed of. We know that people regret the things they haven't done more than the things they have done, and feelings of regret and guilt resulting from missed opportunities tend to stay with us for much longer.

When you procrastinate, you waste time that you could be investing in something meaningful. We know that the world today encourages procrastination: texts, phone calls, Instagram, Snapchat, videos, Facebook, TV. We’re constantly bombarded with more tempting things, so learning how to manage distractions is one of the most important skills you can learn.

People often think that they just need to manage their time better, but studies have found that procrastinators carry feelings of guilt, shame, or anxiety with their decision to delay. This emotional element suggests there’s much more to the story than time-management alone. This isn’t a new theory. Professor Pychyl noticed the role of mood and emotions on procrastination with his very first work on the subject back in the mid-1990s, but we still think we can solve procrastination with time-management skills alone.

Procrastination is different from intentionally delaying doing something which can have a positive effect - to research or think through things for longer to reach a considered opinion, for example.

"When we procrastinate, we are trying to improve our mood by avoiding doing something that feels unpleasant to us", Professor Pychyl says. "A bit like getting drunk or comfort eating, it is a coping strategy to feel better by distracting ourselves with short-term pleasure and forgetting about a problem", so we develop the habit of procrastination.

I recently worked with a client who regularly procrastinated because she had an imposter complex. She was unsure of her skills and had a lack of confidence. Being freelance, she had deadlines to reach if she wanted to get paid, and the more things had piled up, the more her anxiety built until she was experiencing panic attacks at the mere thought of work. So, for her it wasn’t around time-management or competence, it was around managing her self-belief and anxiety. This isn’t that uncommon, because avoidance is a well-known form of coping with anxiety.

Current research suggests that the tendency to procrastinate may be down to differences in how our brains are wired.

A team of researchers from the Faculty of Psychology, Ruhr University Bochum, Germany, found that the amygdala - an almond-shaped structure in the brain which processes our emotions, controls our motivation, and decides when we need the stress response - was larger in procrastinators, and there were also poorer connections between the amygdala and a part of the brain called the dorsal anterior cingulate cortex (DACC).

The DACC uses information from the amygdala and decides what action the body will take. It helps keep the person on track by blocking out competing emotions and distractions.

"People with a larger amygdala may be more anxious about the negative consequences of an action - they tend to hesitate and put off things", says Erhan Genç, one of the study authors. It shows how the emotional centres of the brain can overwhelm a person's ability for self-regulation. You may have heard about the amygdala hijack when our emotional brain is very much in the driving seat and the logical brain isn’t even allowed to see the map. Procrastinators have been hijacked.

Dr Pychyl is optimistic about the potential for change. He said, "Research has already shown that mindfulness meditation is related to amygdala shrinkage". Changing the brain is possible (neural plasticity); you don’t have to have the brain you were born with or even the brain you had yesterday. Even eight weeks of mindfulness meditation shrinks the volume of the amygdala, increases the volume of the prefrontal cortex, and changes the connectivity of these brain regions.

What practical steps can you take to overcome procrastination?

Just start, even if you’re not sure. We may never get started if we put off a task until we know how to do it, but we can generally find a way to complete it once we begin. I like Mel Robbins' five-second rule. When you need to do something, don’t wait for motivation, just count five, four, three, two, one, and do it. From getting out of bed to going for a run or starting that tricky report, this can get you started, even if you say you’ll only do 10 minutes because we know that once we get started most people - about 80% - will carry on with the job.

Work out why you care about what you are doing. We procrastinate on tasks that we see as boring or less meaningful. So, remind yourself why you are doing something, and how it fits in with your ambitions. By thinking in this way, the long-term benefit of doing your work can overpower the short-term pleasure of distractions.

Perhaps for the long term, one of the biggest favours you can do yourself is to address the underlying stress, anxiety, lack of confidence, or perfectionism that is driving the procrastination. Only then can you put any environmental conditions and time-management hacks in place that will make it less likely that you’ll fall into the procrastination habit.

Whatever is causing you to procrastinate or exacerbating the procrastination habit, it’s essential to acknowledge and address the foundations and the causes before you can build a newer habit of getting things done, moving forward and getting where you want to go - without having to continually beat yourself into doing things.

Hazel specialises in freeing people from anxiety, stress and overwhelm that shows up in various ways, such as social anxiety, avoidance, physical symptoms, binge drinking, comfort eating, phobias or smoking. She uses hypnotherapy with coaching and NLP for remarkable changes in the way people cope with and manage their anxiety and stress.… Read more