Why faking it isn't always the key to making it

So just to assure you before we go any further, this has nothing to do with the kind of faking that involves Meg Ryan moments (although if you are struggling in that department, it's just one of the many many things solution focused hypnotherapy can help you with).

This is about how I discovered hypnotherapy, by way of trying to become more confident - faking - and failing.

Now you've probably heard the expression 'Fake it 'til you make it' - the idea that if we're not feeling confident about something at first, we can train ourselves to overcome our fear by slapping on a big smile, taking a deep breath and just getting on with it.

'Feel the fear and do it anyway' - another brilliant motivational quote we're all really familiar with.

And these ideas are brilliant! For many situations, they're the perfect answer. The problem was, I had tried every faking trick in the book but it just wasn't happening for me! I was one of the unlucky ones - or so I thought at the time.

Public speaking and singing was just a huge, traumatic ordeal - and you may be with me on this one as 75% of us feel the same. In fact, the more I faced my fear and got up to perform, the worse each experience became. Not great as an aspiring opera singer!

How could this be, and was I beyond help?

In desperation and highly skeptical, I finally saw a hypnotherapist - it turns out that was one of the best decisions I ever made. My preconceptions about hypnotherapy soon evaporated as I discovered there was nothing fluffy or 'woo woo' about the process. It quickly became clear that there was a scientific basis for my dreadful nerves and at last, I was able to overcome them.

So exposure to our fears can make them worse rather than better?

Indeed it can and it turns out that actually, it's the same for rather a lot of us. It all comes down to how our brains are wired to respond to threat.

If you've ever experienced real fear you'll know how it feels - stomach churning, heart pounding, shaky, dry-throated, woolly headed and unable to focus on anything but the fact it's all going horribly wrong. Sound familiar?

This is our fight/flight/freeze response kicking in, from an area known as the amygdala - part of our limbic system or 'primitive brain'. This part of the brain is constantly on alert and geared up to respond to 'threat' before you've even had chance to consciously process what's going on. The reason we freak out even when we rationally know there's no real danger is that our logical mind doesn't get a look in!

And that 'threat' is very often not life threatening at all - it's just that at some point in our past, we've stored a template in the brain that says 'this was a bit scary or didn't go well' - that could be spiders, audiences, buttons, hospitals... absolutely anything.

Now sometimes we can 'fake it' to trick the brain, override this and train ourselves out of fears.

Very often though, what we're facing is perceived as being just too scary, or our general stress levels are a bit too high.

When that happens, we lose our rational control before we even get chance to try and respond calmly; we've already entered fight/flight/freeze panic mode. Hey presto - we have another terrifying experience, which gets stored in the brain, telling us to respond in the same way the next time those circumstances occur. And so it goes on.

When we beat ourselves up about our bad 'nerves' or reactions, we create even more stress in the system, more negativity - which just puts our primitive brain on even higher alert. Yes, worrying about stage fright actually makes it much worse!

So how can we stop it?

In solution focused hypnotherapy we use some very effective techniques, which originate from the world of NLP (Neuro-Linguistic Programming). These techniques are also very effective in cases of trauma and PTSD. Whilst you're in a deeply relaxed state, we're able to access the subconscious mind and rewrite those troublesome templates, simply by using the power of words and imagery. Imagination is such a powerful thing!

It also helps to reduce our underlying levels of stress, so we often focus on this for a few sessions first. Clients very often find that in itself to be a life-changing experience, gaining clarity, calm and better well-being in their lives, even where things felt 'fine' before.

I certainly found things changed dramatically for me - not just in terms of confidence. I became much less anxious, much better able to focus and see things from a new perspective, and physically felt much better too. I would really recommend hypnotherapy if you're looking to make a change. 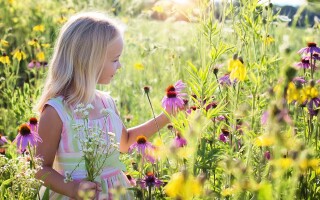 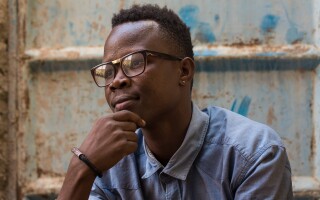 Increasing your confidence can open up many doors in life and allow you to enjoy all kinds of wonderful...