When anger gets out of control

Everyone experiences the emotion of anger from a very early age. Hungry babies cry for attention and then scream with rage if none is given. The over-active toddler throws a tantrum when corrected; the child denied sweets at the supermarket checkout may try to hit the parent and the gated teenager will shout, swear and storm off in a rage.

As adults, we learn to repress our angry feelings because we’ve been taught it’s inappropriate to express them safely. Unfortunately, repression of any strong emotion doesn’t make it go away, it just puts a lid on it until something else happens that makes us feel angry, at which point the lid blows off again.

As with all of our feelings, anger is an important message to help us understand that something in our life needs fixing - a signal that some want, need or desire is not being met. But what happens when we ignore those signals, and the anger builds up to the point where we start to take it out on those around us?

Angry people often use distractors such as alcohol, drugs or overwork as a form of suppression, but when the level of anger reaches boiling-point, they may suddenly erupt into threatening or violent behaviour. Road rage is a perfect example where the victim just happens to be in the wrong place at the wrong time.

Usually, the angry person experiences strong feelings of guilt and remorse, promising themselves and others that they ‘won’t do it again’ – promises that are seldom kept unless the original cause of the anger is uncovered and resolved. A good analogy for this would be removing all the roots of the persistent weeds in the garden, in order to allow your beautiful flowers to grow and flourish.

There are many courses available on ‘anger management‘, but it’s worth questioning why you would want to manage it (which suggests just keeping it under control) rather than eliminating it altogether.

Hypnotherapy, particularly when using regression to cause, can help you to be free of your unreasonable anger permanently and enjoy a new sense of freedom, no longer tied down by the heavy, ugly chains that have held you back for so long.

Niki Cassar has been working as a full-time Hypnotherapist and Past Life Regressionist for the past 15 years. Having done a lot of her training in the USA, her speciality is regression, whether within this life or delving into past lives. She strongly believes that, although we are NOT our past, we have certainly been influenced and shaped by it. 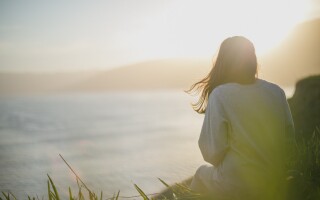