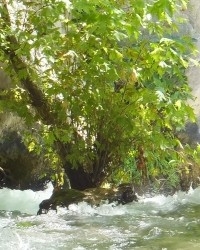 What is hypnosis - and the role of relaxation in hypnotherapy?

Hypnosis has been the subject of controversy, and several theories exist pertaining to the actual definition, along with what areas of the mind are actually engaged during therapies it is surrounded by mystery and intrigue. However the advance in science has enabled studies into the human mind more accessible, unfortunately the difficulty with the evidence based approach is that hypnosis is not easily quantifiable, and results of studies into individual experience of hypnosis can only be measured using physiological parameters, which are changeable and variable with each individual experience. The use of electroencephalography (EEG) has allowed electrical activity of the brain to be recognised and measured. These brain waves appear to be one of the fundamental factors involved in the phenomenon of the hypnotic state.

So what its hypnosis then?

Hypnosis can be considered as a state of mind of a subject or subjects initiated by the implementation of a set of techniques known as the hypnotic induction, performed by either a separate individual, or the recipient themselves (self- suggestion). This state of mind is an altered state on consciousness, much like when a person reads a good book, or listens to music which appeals to the emotions. Moreover it enhances the recipient’s concentration and increases their responsiveness to a repeated suggestion to the subconscious mind in order to make beneficial changes to thought patterns, behaviours or physiological function. During this state of mind certain physiological attributes resemble sleep, only superficially marked by a functioning of the individual at a level of awareness other than the normal state of conscious state occurs. The subject is passive and highly compliant to incoming suggestion. In effect the conscious mind is bypassed and the subconscious mind is accessed. Contemporary research suggests that hypnotic subjects are fully awake and are focusing attention, with a corresponding decrease in peripheral awareness. Subjects are capable of speech and action. Participation of the subject must be by their consent, furthermore they are in control for the entire time.

Most people are unaware of the existence of their subconscious mind. It manages all autonomic functions in the body, such as respiration, glandular secretion and heart rate. The subconscious systemically memorises everything that an individual does, in particular actions that are associated with intense emotion or repetitive action. Its functions are habitual. Once a habit is adopted such as smoking, overeating or an irrational fear, it can be very difficult to change. During hypnosis selective thinking, mental focusing can be applied, and relevant suggestion introduced to bring about change.

Characteristics of the hypnotic state

The hypnotic experience is variable for each individual. However heightened suggestibility along with a sense of tranquillity, relaxation and in some instances detachment are common features associated with hypnosis. The hypnotised subject appears to heed only the communications of the hypnotist. Capability for certain unusual physical or mental feats is common such as enhanced sensory perceptions along with alterations to memory perception. The hypnotised subject tends to become highly involved in whatever is being perceived, imagined or thought. A suspension of the subjects critical judgement takes place whilst under the hypnotic state. Physical and mental relaxation is imperative to hypnosis and is universal in appearance.

The role of relaxation in hypnotherapy

Although there appears to be a definite reciprocal relationship between the hypnotic state and the relaxation state, it is not the same. Relaxation is required to induce hypnosis, and the physical signs of relaxation may be used to establish the stages of the hypnotic trance there are definite differences between them. During hypnosis the aim is to achieve a state that is optimum for increased suggestibility and a specific state of consciousness, whereas relaxation is a state of decreased or absent muscular tension in the body. Stress and muscular tension over prolonged periods has been seen to cause muscle ischemia, which can alter normal muscle physiology, and an increase in pH levels in the blood circulation causing a rise in acidity. The technique of progressive muscular relaxation is a helpful one either as a standalone aid for muscular relaxation or as a helpful adjunct to help prepare the individual for hypnosis.

Hypnosis is a multifaceted therapy. Essentially the consenting individual is guided by the practitioner’s voice to enter an altered state of consciousness, whereby the dominant beta brain wave activity is reduced enabling theta wave to dominate. This state is favourable in order to access the subconscious mind of the individual, and specific beneficial suggestions are made by the practitioner in a repeated manner. Relaxation is of paramount importance in both the assessment of the individual during the hypnotic induction and the ability to alter the brain wave pattern. The experience of hypnosis is a very personal one, and hypnotherapy may be beneficial in a multitude of both physical and psychological behaviours. It is a completely non invasive speaking therapy which aims to work as a natural therapy either alone or in combination with other therapies.

Maria Cameron is a fully qualified and registered Clinical Hypnotherapist, Cognitive Behavioural Therapist and Primary Healthcare Professional, who owns and runs Hartley Wellbeing - a natural healthcare practice in the Weald of Kent. She treats a wide variety of conditions on a first & second opinion basis using an evidenced based approach.… Read more

Located in Cranbrook and Headcorn.

View profileEmail meCall me07960 714895
More information
Before using our site, please take a moment to review our Privacy Notice and Cookies policy. By continuing to use this site we'll assume you agree to both.
Ok