Ever wondered how the process of change works? Think of the need for change as a cycle of unproductive belief patterns that need to be modified and put back together again. Hypnotherapy in conjunction with other therapies can be a very effective tool in bringing about change at a much faster rate than if you were to go it alone.

This article was written to help you assess the stage you are at and explain how hypnotherapy can help you wherever you may be.

These stages were based on their personal observations of how people overcame addiction to problem behaviours such as overeating, smoking and drinking.

According to the model the five stages are:

During the pre contemplation stage, individuals may not even be aware that they have a problem.

They are either pre-contemplative out of reluctance, as the impact of their addictive behaviour has not become fully conscious. Perhaps they’re rebellious pre contemplators and are resistant to what they are being told. They could be resigned precontemplators who feel overwhelmed and therefore have given up hope or they are rationalising precontemplators who create reasons as to why their behaviour is not a problem.

Clients who arrive at this stage for hypnotherapy are generally not ready (in my opinion) for treatment. At this stage I question their motivations for wanting change. It could be that their spouse or another family member has sent them. Even though friends and family members have their best interests at heart its paramount that the client should want the change and be self-motivated.

During the contemplation stage it’s useful to draw up a pros and cons of change list. It is also beneficial to think about any previous attempts to change and what caused them to relapse. Parts work can be a very effective technique for this phase helping to resolve the inner conflict and come up with a resolution.

At the determination stage, individuals are ready to make a serious attempt to quit their behaviour.

Ambivalence no longer represents a barrier to change. At this stage we make a plan, anticipating problems and coming up with concrete solutions (given by the client). These can then be given as direct suggestion under trance and by releasing fear or other suppressed emotions through tapping (or EFT).

The action stage involves making some form of declaration that they will no longer commit to the problem behaviour. This helps by giving them the support they need whilst also creating ‘external monitors.’ At this stage the individual has created or reinforced a new identity for themselves.

Change in oneself often means change in the way people respond to us. It is likely that the individual will lose some friends from their previous lifestyle. A plan should be put in place to anticipate that this might happen and to create activities that will fill this temporary void.

At the maintenance stage the threat of returning to old patterns becomes less frequent.

The ultimate goal is termination whereby the previously addicted individual, no longer finds the behaviour a temptation or threat and has complete confidence in themselves.

Written by a verified hypnotherapist 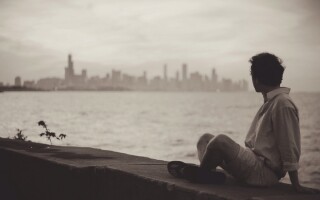 Give hypnotherapy a chance

I’d had a jagged history of gambling, wanting to quit yet loving the thrill. But I had come to a point where my...

“You are drinking too much” Has this been said to you?

This is a question that I hear all the time from my clients, but what is too much?   There are official...

Congratulations to you! You are reading this article because you have decided to stop smoking and, again, bravo...

Am I suggestible enough to respond to hypnotherapy?

Many people worry that they may not respond to hypnotherapy or that being suggestible means they’re gullible...