Overwhelmed by all the bad news?

In this article, we'll explore how to manage your well-being when being bombarded with gloomy headlines. We'll cover how to understand your responses to war, conflict, catastrophic events, Covid, global warming, etc. 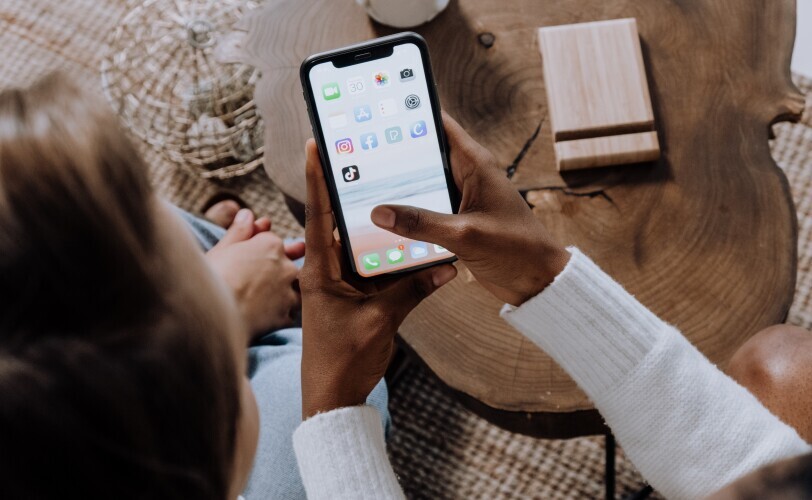 There is growing evidence to suggest a link between increased consumption of news media and a decrease in mental well-being. In the age of the smartphone, it’s much easier than it ever has been to access news 24 hours a day. However, the line between what information we actively seek out and what is being thrust upon us is slowly eroding, and the consequences might be the exacerbation of our current mental health crisis.

Advertising is the method by which many apps and websites generate income. Typically, the more visitors/users a site has, the more appealing it will be to advertisers wishing to market their product, and more money will be made. For most online news media, advertisement is the primary source of income. Not only is this problematic in terms of credibility, as compromises are inevitably made regarding reports about affiliate companies, but it also incentivises sensationalism. The reliance on alarming, shocking or even graphic language and imagery for attention, coupled with how ubiquitous paid promotions have become online, could prove to be extremely damaging to our collective mental health.

Sensationalist articles utilise a method known as ‘clickbait’. The psychology behind it is straightforward. An attention-grabbing headline, picture or both, sets up the anticipation of reward, triggering the release of dopamine, a feel-good neurotransmitter, and creates a strong compulsion to tap or click. With no guarantee that the content will deliver on its promise, this pattern of behaviour, known as ‘intermittent reinforcement’, is often a precursor to addiction. [1] With research into internet and smartphone addiction still in its infancy, the evidence is already suggesting a massive correlation between compulsive content engagement and anxiety disorder. [2]

Another trick used is a little more ‘behind-the-scenes’. Data analysis tracks your online behaviour to create a precise profile of your consumer patterns. Not only does this result in some eerily-specific targeted ads, but it also creates algorithms that play on your existing confirmation biases in order to keep you engaged. [3] This can be a useful feature for many fields of interest, such as enthusiastic hobbyists or curious students.

However, views regarding political ideologies are where this has become a bigger problem more recently. Partisan news outlets, in particular, are increasingly influential in shaping our opinions and strengthening core beliefs. This can be damaging as communities become more alienated from each other, and individuals affected might develop feelings of isolation and paranoia as a result. Furthermore, for those who are susceptible, overconsumption of partisan news coverage can lead to radicalisation. [4]

Pandering to these extremist views can push an audience towards more fringe, less reputable sources for their news content. This is the line where the ‘news’ becomes less about reporting on real events and more about pushing a fictional narrative which fits a specific agenda. Extremist ideologies can often manifest in cult-like behaviours, isolating those involved from friends and family. Furthermore, those affected are especially vulnerable to financial exploitation from snake-oil salesmen, also known as ‘grifters’, which can exacerbate existing mental health issues. [5]

But it is not just the alternative, fringe news media that can manipulate the realms of fiction and non-fiction. Mainstream news media have often exaggerated how impactful current events will be on your life, purposely invoking a fear response intended to keep your ears and eyeballs on them [6]. With global events being reported increasingly online, the immediacy and allure of live bulletins and constant updates as events unfold can be addictive. We are immersed in events as they happen, making the threat feel that much more real.

As more people across the world have access to technology, journalism has become uncurated by corporate media. Photographs taken on smartphones by ordinary people can be far more emotive. Warzones, natural disasters or random acts of violence have always existed, but never before have they been so frequently exposed. Raw, uncensored images of a graphic nature can be distressing and even traumatic [7]. This, coupled with anecdotal commentary by those directly affected can be overwhelming, creating feelings of guilt and helplessness [8].

In some cases, the emotional responses typical to horrific events are dulled as a response to overexposure [9]. Referred to as ‘compassion fatigue’, overstimulation of stressful emotional triggers can actually cause symptoms of burnout, manifesting with feelings of pessimism, irritability and apathy. [10]

Modern, internet-driven culture immerses us in our media. As we disconnect from the physical world, our bodily senses and our natural coping mechanisms are hindered. Overexposure to negative events, visceral imagery and harrowing anecdotes conjures a world that is uninviting, threatening and even hostile. The ramifications this is having on our collective mental health are poorly understood, but as psychologists continue to examine the link, it seems increasingly likely that some regulation from a central authority may eventually be put in place.

In the meantime, on a personal level, there are actions we can take…and solution-focused hypnotherapy can lead you to assess all of these emerging crises with a steadying rationale, so you can put things into proportion.

Notice the use of words in the above narrative – fatigue, pessimism, irritability, burnout, threat, fear. Our complex brains have coping mechanisms to help us with such situations - fight, flight or freeze.

The fear response, the dread response, and the anticipation of something terrible about to happen play over and over in the mind, and overload our brains with stress hormones. Even just thinking about something can trigger us, even if we are not directly affected.

When was the last time you saw a scary play or a horror film? Did it make you anxious? Did you jump? Were you uneasy for some period after it finished? Did you turn away from some scenes as you could not bear to watch, except possibly through squinted eyes and narrowly spread fingers? Yet you know that was only a film, right? With actors playing their parts, right? So why the response you had?

Our minds cannot always distinguish between reality and imagination. So, if you react so fearfully to a film, what on earth is your reaction to the realities of catastrophic events.

Sadly, the more we engage our fear/threat response, the deeper the pathways in our minds carve out the same response until that response becomes automatic and we are locked in a spiral of negative thinking. Every negative thought we have is stored in the brain in a metaphorical stress bucket. Hypnotherapy is a supreme tool to empty that stress bucket.

It takes some time and commitment, depending on your engagement with the therapist and the severity of your symptoms, but it can be done.

Modern hypnotherapy practices, such as Solar Hypnotherapy based near Regents Park in London’s Camden area, use up-to-date neuroscience and psychotherapy techniques to empty that stress bucket and get you back to your more rational, level-headed self. The whole experience is supremely relaxing and most people really enjoy it.

After all, if you or your friends/family are directly affected by anything you see on the news media channels, is it not in your own and their best interests to be able to think and act clearly. At the same time, you still have responsibilities in your own life to keep on top of – work, family, paying the bills, fixing the car, bringing up the children, etc. Remember, you are no good to anyone else if you do not look after yourself!

A free initial consultation with Solar will assess your needs; principal therapist Elizabeth will tailor a programme of hypnotherapy to help you rediscover the real you – confident, smart, cool-headed and sharp.