My personal experience of overcoming aerophobia

Is this why I developed a fear?

My first experience of flying was in 1989 at the grand age of 21! Never one to do things by halves, I boarded a Boeing 747 on my own and flew to Hong Kong. I completely enjoyed the experience and continued to enjoy flying for the next few years.

In the early 1990’s I was scheduled to fly to Kefalonia. With the wisdom of youth, me and my flying companion chose to stay awake all night and drive to the airport in the early hours - not a sensible move! We woke in a panic two hours prior to take off - the drive to the airport was around 90 minutes! This resulted in a mad dash to the airport, with us both blaming each other. Our mood’s continued to darken as it became increasingly apparent that we would miss the flight! We did! Thankfully, the airline were brilliant and managed to book us onto a flight to Athens followed by a flight to Kefalonia the following day. It did mean staying awake for the next 40+ hours which, considering we’d only had a couple of hours sleep the night before, meant our moods were pretty low by the time we came to fly.

The flight to Athens was fine. It was only when seated opposite a handful of workmen in a ‘budget’ air taxi that the nerves kicked in. It was scary. Partly because being in such a small plane meant a much bumpier ride, partly because we were tired and grumpy, and partly because of an awareness that our disheveled appearance was drawing some odd looks (or at least, that was my perception, probably driven by a lack of sleep).

I didn’t fly again for a few years. I hadn’t really given flying much thought and so was quite surprised by my reaction when I eventually boarded a flight in the year 2000. I was a mother* by this time and, as a family, we decided to fly to one of the Greek Island’s for a two week holiday. It was on the way to the airport that I felt something was wrong. I was becoming increasingly agitated, and the closer we got to the airport the worst my mood became. By the time we came to board the flight I was a gibbering wreck but unable to articulate why. The flight itself was uneventful, but I didn’t relax and felt in a constant state of panic.

The following year I insisted on a driving holiday to France, not realising that this was an avoidance strategy. I’d also started to develop an irrational fear of places where either myself, my partner or my children could potentially fall, e.g. walls, bridges, piers, ladders, the edges of rivers (even streams). If the children got too close to the edge of something I would scream at them to move away, or beg my partner to hold onto them!

In 2008 I decided that I was no longer scared of flying and so we booked a family trip to Turkey. Who was I kidding! I started to notice myself becoming agitated every time the holiday was mentioned. This increased and by the time we were due to fly I was a bag of nerves. I tried to hide it this time. Our flight was a morning one and in order to cope I downed a large Brandy at the airport. Of course, this didn’t help but instead made me more anxious! By the end of the flight, I was in tears and desperate to get off the plane.  During the second week of our holiday, I started thinking about ways to get home that didn’t involve flying and tried to reason with my partner that I would be fine if I boarded a boat back to England whilst they flew home - things were seriously getting out of control!

I did fly again with friends but the experience just got worse; I think it was when a young child handed me blue tack to squeeze because she thought it would stop me crying hysterically that I realised just how bad things were.

In 2012 the fear of flying was impacting my work. Whilst working at the University of Oxford I was offered the chance to present my work in Australia and Japan - the trips would be paid for. Initially I agreed, but as the time started to draw closer I began formulating a reason not to go. I’m rather embarrassed to say that I told my boss that I couldn’t possibly fly across the world without my family! There was an element of truth to this but the reality was that I was too terrified to even think of flying that far. I cancelled both the Australia and Japan trips.

Time for a change!

By this time I knew I had a problem but it wasn’t until 2015 that I decided to do something about it. This followed a girl’s weekend to the town of Glastonbury (not the festival). We decided to walk up to the Tor. I got half way up and started to feel sick with panic. Lightheaded and nauseous I had to sit down. I was gripped with fear and had to navigate down on my bum! This in itself was embarrassing, but the worst of it was that I was trained to help others overcome their fears and phobias yet hadn’t faced up to mine!  It was time to address this! I contacted a therapist and booked in for BrainWorking Recursive Therapy® (BWRT).

How I overcame my phobia

BWRT is a rapid form of psychotherapy which taps into fears at a very early stage in brain processing. Following just one session I was advised to test the therapy. This was good as my partner wanted to fly to Ireland. On the way to the airport I kept thinking to myself ‘I’m going to start to get scared soon’. My conscious mind recognised that I had had this fear, yet my unconscious mind was no longer triggering a fear response. We pulled into the carpark and I was fine. Even when we were walking to the plane I remember thinking ‘ok, so how is this going to go’, and then my preferred response kicked in. I started to get excited about the flight and being able to look out of the window. It was magical.

In Ireland we booked a horse ride round the Dingle Peninsula, and drove over Connor’s pass (this was a real test of my nerves). I was fine. Since that trip I have climbed to the top of Glastonbury Tor, ran 8.3 miles of the Cornish Coast (along the cliff tops!), and enjoyed participating in some extreme high rope activities in Okehampton, much to the amazement of my friends and family.

I would say to anyone struggling with any kind of fear/phobia, don’t just take my word for it, but try the therapy for yourself and see what a difference it can make.

*I have worked with a number of people whose fears increased once they had children. I suspect this is driven by our survival instincts!

Sue specialises in working with phobias, anxiety and depression, as well as working on the effects of trauma on an individual's mental well-being. Sue has presented at the Association for Professional Hypnosis and Psychotherapy conference in London, ran a workshop at the BWRT Inaugural Congress in 2017, and has a number of publications.

Panic attack, will it pass? 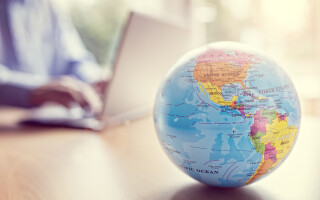 Can you really cure a fear of flying? At this time of the year, we all look forward to that lovely, summer... 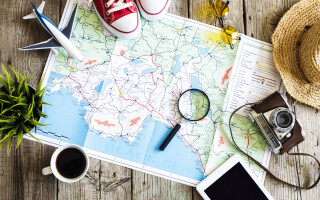 Is it possible to overcome severe anxiety in just one session?

This is something which people looking for help with anxiety often ask and the short answer is yes. Yes, you...