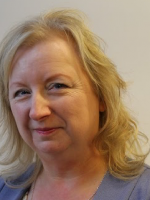 You need many things to become a successful athlete. Skill, physical fitness, the correct nutrition, practise – and you need to train your mind as well as your body.

Hypnosis can help to train an athlete’s mind so that they can improve focus and concentration. If you think about focus, compare it to a beam of light. If the beam is too diffused there is little power to it – if the beam is narrowed it becomes more powerful, like a laser.

Training your mind can help to eliminate pre-match nerves, and improve your stamina. It can remove limiting beliefs that hold you back.

Hypnosis can support motivation and determination. It can improve confidence in a person’s judgement and ability. During a sports hypnosis session an athlete can be taught the art of visualising an ideal shot or race. They learn how to use self-hypnosis to get into the zone and block out any distractions.

Champions have long since trained their minds for success.

The boxer, Steve Collins, famously used hypnosis in his match against Chris Eubank in the 1996 World Boxing Organisation Super-Middleweight title. Collins was taught, under hypnosis, to deliver two punches to Eubank’s one. During the fight Collins threw over 600 punches – Eubank managed 300.

Golfers Tiger Woods, Ian Woosnam and Gaganjeet Bhullar use hypnosis as part of their training. In golf it is commonly used to improve accuracy, prevent distractions and increase confidence and self-belief.

A former client of mine, Alfie Plant, has been so pleased with how his game has improved that he has allowed me to share his results and success.

Alfie was looking to improve his golfing results. He had trained for years to be a golfer. He was on the amateur circuit, and his ambition was to get into the top 10 of the Waterford Trophy within two years. He had always managed to achieve around 25th place. Although he said that he had a strong self-belief he sounded doubtful about his chances of reaching his dream.

We worked on confidence. Not just overall confidence, but the confidence in his own judgement to select the right club, the confidence to move forward if he had made an error. Previously his first nine holes would be great but the last nine would let him down.

Alfie has genuine ability and just needed to change his mindset and practise training his mind as well as his body.

Alfie came 1st in the Waterford Cup that year, he was picked to represent England and this year Captained the English Team at the Chiberta Grand Prix.

For those of you who are interested in the power of the mind in sport, there is a great book called Bounce, written by Matthew Syed.

It tells of two basketball teams of similar abilities. The first was trained in the regular way, with daily practise and fitness. The second team did none of that – instead every day they imagined themselves playing perfectly: In fact playing better than they had ever played before.

At the end of the experiment the two teams played each other. Guess which team won? The second team – by a mile.

Whether you play as an individual or as part of a team, remember – it is as important to train your mind as is to practice your physical skills.

Julie Spitler, from Saltburn Hypnotherapy, is Registered with the CNHC. After starting her hypnotherapy career in Covent Garden, London, she returned to her native North East and now has a thriving practice in the seaside town of Saltburn. She also contributes to the WellBeing Centre in Saltburn and works with Invictus Health Studio.… Read more

Hypnosis – 3 science-busting myths you’ll be glad to know
By Meera Mehat - Behaviour change and Emotional Well Being Specialist
Is hypnosis a science, or is it a mystical art that magicians use to make people do funny...
Sports performance Anxiety

Get in the zone with hypnosis
By Biodun Ogunyemi ANLP,BNLP,SNLP,C.H,Dip.Hyp
If you are having trouble focusing and getting the most out of what you are doing, from...
More information
Before using our site, please take a moment to review our Privacy Notice and Cookies policy. By continuing to use this site we'll assume you agree to both.
Ok