Hypnos - the importance of sleep quality for health and happiness

Hypnos, the ancient Greek deity and the personification of sleep, is described as a calm and gentle God who helps humans in need.

Hypnosis, combined with other counselling techniques, is the main tool of the clinical hypnotherapist. We also recognise sleep itself to be the great natural healer of the mind,  as a number of scientific research studies have recently confirmed.

Your brain works harder in dreaming than when taking a degree exam, as it engages in processes which are essential for your mental health. During deep sleep, the brain’s billions of synapses separate to allow cerebral fluid to wash away plaque. The long-term buildup of this plaque has recently been linked with the development of dementia.

Teenagers require about nine and a half hours of sleep a night, more than anyone else whilst their brains are developing so fast. But they don’t feel tired at night because they don’t produce the sleep hormone Melatonin. This means teenagers are often sleep deprived and so suffer and behave accordingly.

Poor sleep quality is linked to increased activation of the limbic system and, in particular, the amygdala. Recent research has found this activation effects the immune system and increases the risk of heart attacks.

Poor sleep quality in childhood affects growth hormone production and can contribute to obesity problems later in life, as can raise cortisol levels which may be provoked by night lights and increased levels of stress associated with poor sleep patterns. This is why an important part of a clinical hypnotherapist's work is to help clients achieve regular better quality sleep.

The U.S. Centers for Disease Control and Prevention (CDC) describes sleep deprivation as a "public health epidemic" linked to a wide range of medical issues, including hypertension, diabetes, depression, obesity and cancer. Yet, the demands of our modern society increasingly can shorten the time available for rest. While serious sleep disorders such as narcolepsy, cataplexy and sleep apnea are relatively uncommon, a large percentage of us do suffer, often unknowingly, from poor sleep quality.

If you recognise any of these symptoms then it is best not to ignore them. Sometimes poor sleep patterns, along with other symptoms such as anxiety, depression, phobias, obsessions, IBS or persistent pain, can be resolved quickly with the support of a hypnotherapist.

Combining trancework with other counselling techniques and advice based on the latest neuroscientific research can be most effective in getting our sleep patterns back on track and feeling happy, confident, motivated, energised and ready to make the most of life’s opportunities.

Richard Newman is a solution focused hypnotherapist, practising in Glastonbury, Somerset and also available for skype consultations. Richard studied psychology at the University of Edinburgh and hypnotherapy at The Clifton Practice Hypnotherapy Training school (CPHT), an accredited centre of excellence in hypnotherapy and psychotherapy.… Read more 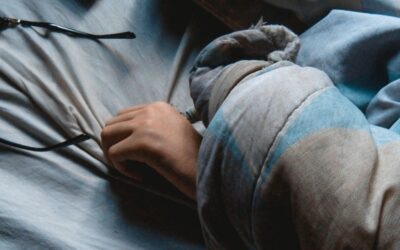 Can self-hypnosis help me get a better night’s sleep?

We explore the benefits of self-hypnosis and how it can help you sleep soundly each night. 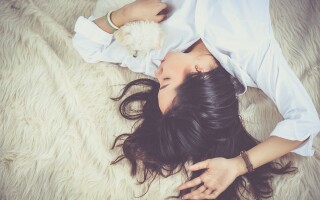 We all need to sleep. When we sleep well, our body heals, repairs and recharges. Sleep problems are all too... 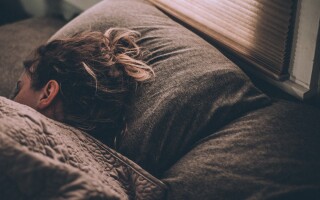 Why sleep gets worse with age (but it can improve)

Many mid to older age clients come to me with the aim of sleeping better. When I ask what their best hopes are, I...