I often get asked if hypnotherapy works with children. My answer is ‘yes’, it’s usually very effective. Because they haven’t learned to be cynical and sarcastic, children tend to be very open-minded and often very creative.

These are fantastic resources to have when you’re looking to find solutions to problems. Two examples spring to mind of two very different children with a very similar issue.

Jack and Katy (not their real names), were eight and 14 respectively. Both had extremely limited diets (apart, of course, from sweets); Jack would only eat chips and Katy ate nothing but chicken nuggets. The texture of food (specifically, how it felt in their mouths) was the main issue in both cases.

Jack’s and Katy’s parents were, not surprisingly, extremely concerned about the situation, mainly from a health and well-being perspective but also from an inconvenience point of view.

Unhelpful words like ‘nightmare’ and ‘embarrassing’ were openly used in front of both children, which was only making the situation worse, as both Jack and Katy believed they were (a) disappointing their parents and (b) different to other children in a ‘strange’ way.

Encouragingly, both children were strongly motivated to change and (excluding family approval), the key drivers were social, including being able to go to parties, have sleepovers and take part in other social occasions involving food/eating.

The main long-term goal in both cases was to achieve a healthy, balanced diet relevant to age and their body stage. A secondary goal was to be open to experiment trying new foods (on the understanding that everyone has diet preferences).

The immediate objective was for Jack and Katy to try any new type of non-confectionery food.

It was clear that achieving the above goals would require the involvement and co-operation of parents and children.

Parents agreed to re-frame their perception and verbal description of the issue from ‘catastrophic’ to a temporary challenge. They also agreed to be non-judgmental about each child’s choice of food for experimentation, as long as the food requested wasn’t unhealthy.

The children agreed to:

Katy had an excellent reading ability for her age, so this wasn’t an issue in either case.

For the hypnotherapy session, a visualization technique was used whereby Jack and Katy were able to ‘watch’ themselves successfully sampling steak and ham respectively.

Everything was very straightforward with Jack and his parents at our next meeting. After starting with fillet steak, Jack had quickly discovered that there was more to life than chips and had tried lots of types of food. He’d also written a few lines about nutrition and diet.

When I arrived at Katy’s house, the mood was very different. Before Katy joined us, her mother advised that no progress had been made that she was aware of. Katy was then called and arrived with two sheets of paper. One listed the foods that she wanted to sample and the other contained a drawing of a ‘balanced diet’ graphic that she’d copied from the internet. Her mother looked amazed. When I asked Katy if she’d tried eating anything new, she reeled off a list that included ham, peas and several vegetables. Her mother looked astonished and asked where this had taken place. When Katy said that it was at her friend’s house, the mother rang the friend’s mother for verification, which was duly given.

In summary, both problems had been allowed to develop because of indulgence at young age. The problems had then been exacerbated by parental description of the issues, which, in the minds of the children had created mountains out of molehills.

Once the issues were re-framed and  the children could see that positive change was possible, they had little problem finding their own solutions.

Can hypnotherapy improve my relationship with food?

We share more about the reasons behind why many of us struggle with food, why traditional diets don’t work, and...

The ‘war on obesity’ – how hypnotherapy could help

There has been a lot of coverage in the media recently about Boris Johnson’s new ‘war on... 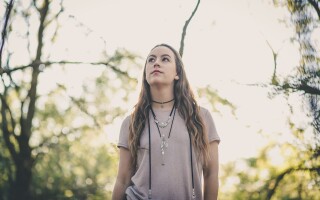 Many people across the world are dealing with some type of eating disorder or have a family member that suffers...