How anxiety is caused in the psyche

Anxiety is caused in the psyche primarily by fear and a basic negative core belief about one’s self. This is translated by the subconscious into stress and anxiety which could lead on to depression and phobias. It could be the fear of failure, pain or any number of feelings that could trigger an anxiety attack. These can become worse if the subject has an over-reactive fear response possibly with exaggerated beliefs. The more the cause is feared or worried about the more intense the anxiety can become; it’s a vicious circle.

What is the CCF?

The CCF is a ‘filter’ between the conscious and subconscious mind. It is constantly checking any new information against what is already stored, filtering out anything that does not match our belief system but letting any new information in that it has no experience of, good and bad. The CCF will also stop (subconsciously) any sensitive (repressed) information coming out, this is why hypnotherapy is so important as it can help get to the root cause of the problem. Unfortunately, if we have any erroneous beliefs (which we need to address) the CCF will regrettably discard any new concept or idea that could be of benefit if it doesn’t match what is held in its data bank.

As our suggestibility is enhanced when in a hypnotic state, the CCF is by-passed. This makes it possible to communicate directly with the subconscious without interference to facilitate the required beneficial change.

What was the CCF for?

The original purpose of the CCF would have been to help safeguard the individual from any harm or danger is perceived as real. If it had encountered a problem in the past which was thought to have been a threat, or something perhaps too difficult, this would all be stored and used in later life as the benchmark for the filter. Unfortunately, the CCF is influenced by other people’s ideas and experiences especially in our formative years which will populate it with many unhelpful beliefs.

This is where hypnotherapy is different from other forms of therapy; the most important difference is the fact that it can bypass the CCF and work directly on the subconscious mind, often with very rapid results. Hypnotherapy is used to help emotional (neurosis) rather than mental (psychosis) problems. There are also other ways that the therapy differs; no drugs such as antidepressants are used and there is no physical intervention.

Some say that in times of mortal danger when your life is said to be flashing before your eyes, it’s a rapid “download” from the subconscious database trying to match with a similar past situation which they survived to save one's self.

Fear is the key!

Save Saved Message me View profile 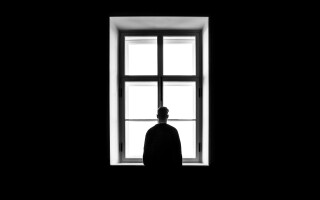 Depression is something that most people experience at some point in their life. It can vary in degree, from mild...

Winding down the whirl of worry

Do you tend to worry? Have your fears or anxieties been increasing? When is worry a normal reaction and when...

We have all felt anxiety. Many refer to anxiety as the emotion of stress but In real terms anxiety is many things....