Searching for a specific Hypnotherapist? Try our advanced search
Fear of flying

Getting on an aeroplane: Does it bother you?

As the year begins to move on and travel restrictions to many countries have been relaxed, many of us are thinking about summer holidays. For many people, that means going abroad. Often, this involves taking a plane and it seems that people generally either love or hate flying. There’s the exhilaration of being able to explore new territory, different environments, weather and cultures and, for many, it doesn’t get any further than that. The anxiety about getting on a plane is too strong. Others can take a plane whilst not really liking it, whilst yet others love everything about flying. 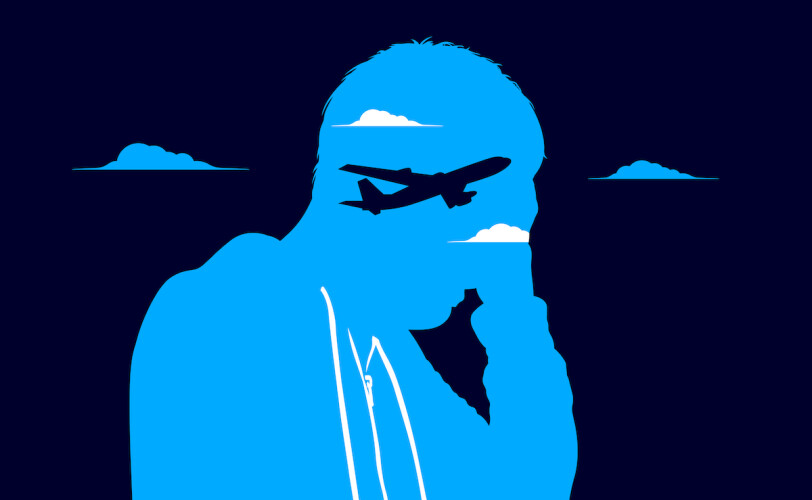 Why do some people fear flying?

There can be many reasons why people’s feelings about flying vary so much. Often, it is to do with feeling safe. Being in a metal tube way off the ground with someone else at the controls is often cited as a concern. Once the doors shut, you are there until you land and all that that means in a person’s mind, can be another. The knowledge that aeroplanes are perhaps the safest form of transport can provide little consolation for most people who feel this way.

Sometimes a person was perfectly fine with flying until they experienced a flight where they hit a patch of bad turbulence. Sometimes the person is concerned about the behaviour of other passengers once the plane has taken off, such as a passenger being taken ill. Some people have to fly as part of their jobs and are anxious about flying. If it is part of your job, you may be required to get on a plane most weeks.

Fear of flying can sometimes form part of a pattern of general anxiety about travel. Those who have experienced a panic attack on the London Underground, for example, might only feel safe when taking a bus. Taking a plane would therefore be out of the question. As a result, journeys to go on holiday can take many hours as circuitous routes and various modes of transport, apart from planes, are employed.

When asked how they want to experience flying, often people will say such things as wanting to be able to read, go to sleep, chat to their companion, watch the in-flight film, look out of the window, just feel comfortable, and similar things. They want to be able to fulfil their ambitions to travel widely or visit family in other parts of the world.

The fear of flying is probably much more common than you might think; it may be as much as 10% of the population who have it. Many airlines run their own fear of flying courses. The truth is that you do not have to put up with this fear. Nor is there any shame in feeling like this. Just because your partner is perfectly happy on a flight doesn’t mean you have to just grin and bear it yourself. Think of the wider experience of life you will be able to have by getting over this fear, not to mention the greater comfort or even indifference when taking a flight.

You have probably heard of the Pavlov’s Dogs experiment. Ivan Pavlov was a physiologist working on ascertaining how much saliva a dog produced when it anticipated being fed. He noticed however that the dogs would begin to salivate when they heard the sound of the footsteps of his assistant bringing the food.

Pavlov realised he had stumbled on an interesting behavioural phenomenon and began to experiment with it. He began to ring a bell at the same time as giving food to the dogs. Then he found that when he rang the bell without giving them food, they salivated, just as the dogs had salivated at the sound of his assistant’s footsteps. This phenomenon he called a ‘conditioned response’. Effectively, he taught the dogs to salivate at the sound of a bell.

The phenomenon of the conditioned response is one we are all familiar with. For example, you reach for your phone when you hear ’your’ ring tone when in a public place, but it is not your phone ringing. You hear a particular song on the radio and it takes you back to a certain time in your life. Or perhaps the sight of a mouse makes you freeze.

When we are afraid of flying whatever that fear may be, fear has been learned and conditioned in relation to flying. Thus, it repeats every time we get on a plane, think about getting on a plane or don’t get on a plane! By the way, you can learn a fear response from someone else. You may for example have witnessed a parent’s anxiety when flying with them when you were a child.

Happily, you can get help to alleviate this fear and usually in short order. There are different approaches to working with a flying fear which are basically aimed at desensitising the fear associated with flying, disrupting the conditioned response and linking calmness with flying instead. For many people, it might seem impossible to think that this could happen, but that is indeed the case.

One technique for working with phobias is known as the Rewind Technique. It is a gentle and calm approach that is effective with all manner of phobias  Where there have been upsetting flying experiences in the past, this can be a useful technique to really reduce the associated upset, which may have primed us to be fearful of future flights.

Another approach breaks the experience of flying down into stages and whilst in a relaxed state, you are asked to imagine that stage of the experience until you can feel completely calm doing so. This is also a powerful approach.

This kind of work may be enough in itself. Sometimes, however, it may also be necessary to work with specific beliefs a person has that are contributing to the fear.

Once the desensitisation work is complete, it is time to hypnotically imagine yourself actually taking a flight and happily arriving at your destination. In hypnotherapy, we say that the imagination is the interface between the conscious and unconscious minds.

This part of the work can be an absolute revelation for the client. For the first time, they get to experience a comfortable journey they perhaps never thought was possible. In this way, not only does the client get confirmation that the work has been effective but also the unconscious mind is further given the message that all is well and that alarm is no longer needed.

Catherine Chadwick PDCHyp. GHRRegd. is a Hypnotherapist and Practitioner of Integral Eye Movement Therapy based in southwest London, London Bridge and online.

Find a hypnotherapist dealing with Fear of flying