Fear or phobia, what's the difference?

It was the Spring of 1982. I was sitting back comfortably in an Air Malta plane on the tarmac at Heathrow airport.

I was going to Malta for a few days and was mentally lining up the next few nights in St. Juliens and Sliema, hoping for a chance to get in a bit of scuba-diving, when my reverie was brutally interrupted by four extremely sharp (although beautifully painted) fingernails being plunged deeply into the back of my left hand. I had been so deep in thought that I hadn’t noticed the young lady sitting down next to me. That all changed when the plane started to roll.

Her frozen expression and rock-climber’s grip on the back of my hand did not ease until the plane had levelled out and the engines had throttled back. She then noticed my existence for the first time and saw where her nails had disappeared into my hand.

She was very apologetic and said she had a phobia of flying.

This took place before I became a hypnotherapist and could have informed her that it was more likely that she suffered from a fear of flying, rather than a phobia.

Some may ask, what's the difference?

Sometimes with a very strong fear, it is not easy to differentiate, but if my fellow traveller had a genuine phobia, she would not have been on the plane at all.

Let us imagine for example that a person lives in a seaside town. Three miles offshore there is an island where there are a lot of new industries, but no accommodation. They are offered a wonderful job on the island which involves commuting by boat morning and evening.

Here is the test. If that person has a fear of open water, they will dread the journeys morning and evening, but will be able to tolerate them because they love the job so much. However, if they have a phobia, nothing will persuade them to get on that boat. It would be physically impossible for them to do so. Their body would shut down.

It is important to know the difference for the purpose of treatment. When you go to a therapist, he/she will have to establish whether you have a fear, or a phobia.

A phobia normally only has one traumatic cause and even though the symptoms are more dramatic, it can usually be dealt with very quickly, usually in one session. A fear on the other hand may have built up over a long period of time, having an ISE (initial sensitising event) and several SSEs (subsequent sensitising events), each of which will have to be found and dealt with separately.

The one thing that fears and phobias have in common, is that it is not necessary to suffer needlessly from either of them. Somewhere near you is a hypnotherapist who can help, just pick up the phone.

My name is Martin Neary. I am a clinical Hypnotherapist. I specialise in age regression hypnotherapy.
I work with low self-esteem, depression, anger management, fears, phobias, panic attacks, IBS, addictions including gambling and problems with teenagers and children e.g. thumb-sucking.

I am a member of the NCH, the BIH and the CNHC.… Read more

Tracey: So pleased to have discovered hypnotherapy

Experiencing a healthy apprehension before doing something is a feeling most people deal with from time to time, but my...

Lily Winslow: I had an irrational fear

I saw a hypnotherapist last year. I had an irrational fear of dogs which was worsening and affecting my daily life. I...

I've been scared of flying since I was young and I really wanted to find out if hypnotherapy would work. I was unsure...

Panic attack, will it pass? 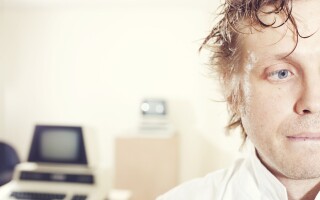 Phobias (from the Greek word for fear, Phobos) are categorised as anxiety disorders. While anxiety is a normal... 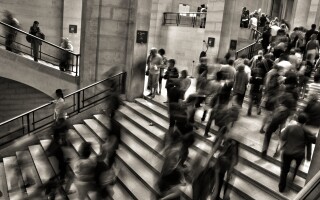 What is a phobia? A phobia is a type of anxiety disorder. An estimated 10 million people living in the UK, and 19...