Panic attacks are caused by our stress response mechanism, sometimes referred to as the fight/flight or freeze mechanism, it was designed to help us escape real danger like a sabre toothed tiger but in our modern society we have so much manufactured stress through work and family pressures, that stress response is working overtime and will sometimes feel out of control and manifest as a panic attack. This response is not controlled by our conscious mind but our subconscious, which is detecting danger when real danger is not there.

When this mechanism kicks in, blood flow is diverted from the digestive system towards the limbs to assist with escape from danger; this leaves the digestive system under supported leading to problems like sickness and diarrhoea; blood flow is diverted away from the brain which leads to an impairment of the decision making process, we become governed by the basic hindbrain. Cortisone is released from the adrenal glands giving protection from allergy during a short crisis period, but long term release of cortisone weakens the immune system. Adrenalin is released to produce a burst of speed, but long term exposure to adrenalin causes jumpy agitated behaviour. Quite a chemical mix hitting your system in a quick burst, manifesting those familiar symptoms like rapid breathing, sweating, fast heart rate and digestive problems.

One of the additional problems with a panic attack is that once someone has experienced a full on attack, they begin to fear and expect it to happen again, thus increasing the likelihood of it happening. The fear leads to greater sensitivity, which leads to a feeling of anxiety. Adrenalin is released which quickens the heart rate and creates the thought cue that another attack is coming and bam, there it is again.

So what can we do about this unconscious response, driven by our primal defence system? There are techniques we can use with hypnotherapy and NLP that can help. We can create calming positive resource states and we can work on re-training that conditioned response through metaphors and direct suggestion. Panic attacks make a person feel out of control, there are many ways of getting the mind to respond to the idea of regaining control, such as using the concept of TV controls, you can choose your thoughts with the same control as choosing the programmes you watch.

There are indeed many metaphors and suggestions that can be used to empower you to begin to regain control of their mind and body. In India, they compare thoughts to racing horses - we can begin to control those horses and even a racing horse will run out of steam in the end! The stress response actually has a short lifespan, so we have to keep fuelling the fear to keep the attack going once it has started. Various relaxation techniques can help to prevent this fuelling of the perceived fear and ultimately prevent the anticipation which can lead to the onset of the attack.

Zetta Thomelin is the chair of the British Association of Therapeutic Hypnotists, a director of the UK Confederation of Hypnotherapy Organisation, director of Headtogether Hypnotherapy Training and runs a private practice in Deal, Kent and London.

Jackie: Better than a lottery win!

I have been suffering from anxiety and panic attacks for a long time, which I felt I was coping with. However, a...

Anne: Experience of CBT and hypnotherapy

I have benefited greatly from my experience of CBT and hypnotherapy. It has helped me deal with long-standing issues... 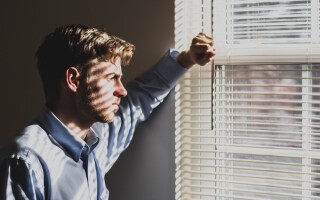 Burnout and how to manage it

Have you ever felt that you are just going through the motions in your work, that you aren't deriving any...

How to never have a panic attack again

How can you ensure that you never have another panic attack? Simple. Stop calling them panic...