Can hypnosis help deal with fibromyalgia?

Fibromyalgia is a chronic disorder with symptoms including painful trigger spots, fatigue, difficulty sleeping, depression and extensive muscle pain. From the statistics, women are generally more affected by the disorder than men.

Our aim in this article is to explore the scientific evidence that proves that hypnotherapy is an effective treatment to provide relief from the symptoms of fibromyalgia. As a matter of fact, extensive research and studies have validated this verity. Research is presently focused on studying the role of the brain, comparing hypnotic methods and their effects alone, as well as in combination with other treatments.

Some studies were carried out in the 90’s on mind-based interventions for fibromyalgia, such as mindfulness meditation, stress reduction exercises and hypnosis. Results showed that the psychological approach to treatment is much more effective than the regular and typical pharmacological method, and even more so when hypnosis is included. Hypnotherapy has proved to be such a valuable treatment that both German and Israeli fibromyalgia treatment guidelines presently incorporate hypnosis.

The discovery that hypnosis alleviates fibromyalgia is backed up by the observation that cerebral blood flow changes in the course of hypnotic analgesia, in comparison to the wakened state, in fibromyalgia patients.

Hypnotherapy has been shown to reduce the intense feelings of physical and psychological pain that come with fibromyalgia. Hypnosis also improves sleep and lessens fatigue on waking up. But there is little evidence that hypnosis can help in dealing with the fatigue and depression that could be tied to fibromyalgia, as it may not alter the patient’s perception of quality of life relating to health.

Patients of hypnotherapy show considerably better results pertaining to overall pain, but the pain response to manual pressure on tender areas remain unaltered. This should be explained to the patient so that he or she has reasonable expectancy on the effectiveness of the treatment.

According to studies, hypnotic methods work better than others for the treatment of fibromyalgia. Although relaxation exercises help, hypnotic trance has been more distinguishably effective than mere rest. Patients generally experience more pain at rest than they do in hypnosis.

The Ericksonian hypnotic method of analogue marking (that is, giving verbal or non-verbal cues to lay emphasis on some words has proven to be more effective than the Schultz’s autogenic training method, which involves autosuggestion as a self-instructed way of relaxing. Suggestions, without any hypnotic induction, can decrease pain reasonably. However, patients testify of more reduced pain with hypnotically induced suggestions. Analgesic suggestions work better than relaxation suggestions.

After all said and done, hypnosis should be regarded as a means of alleviating symptoms, and not completely treating or curing fibromyalgia. It is perfect for alleviating general pain, sleeplessness and fatigue.

Find a hypnotherapist who can help with pain management

I first began my unique and flagship long COVID clinical trial and research study in October 2020 when the first... 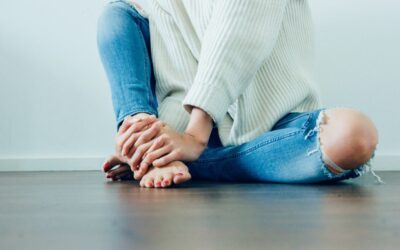 How does hypnotherapy help with pain management?

Hypnotherapy can help us to cope with a variety of issues, in ways that we might not expect. We share five...