Bullying: Should it be seen as a criminal offence?

The word "bully" has become such a watered down term, people who have never been continually subjected to it seem to think it is just a temporary, a couple of minutes, maybe over a few days, kind of thing.

How does manslaughter sound? Or perhaps grievous bodily harm or grievous psychological harm? To this day I have never heard of someone being sentenced on the charge of bullying. We need to call it what it is and have penalties to act as a genuine deterrent. Obviously, this would apply to both sexes. For every skinny boy being bullied (attacked) by someone twice their size, there is also the young girl been told she is fat and ugly by the "popular girls."

As a hypnotherapist of over twenty years, the one common thread that seems to come up, again and again, is how many people who have been affected by the actions of others. Sometimes it is bullying in all of its nastiness, however, sometimes it is more subtle and called peer pressure. Peer pressure is the perceived victimisation and implications of not complying with the perceived norm, whatever that is.

The number of comfort eaters is not only quite significant, but it appears to be on the increase. There are even instances of abusive relationships where one becomes a feeder in order to control the other person.

Here is a case example, and this is not an unusual instance.

A lady wishing to see a hypnotherapist to lose weight. She wanted to feel better about her herself, and believed by being slimmer, she would be happier. She was scheduled for three sessions. Apparently, the first two went really well, she was very friendly and enthusiastic and the hypnotherapist felt that she was a delight to work with. However, the third and final session kept being cancelled, over and over again. According to the hypnotherapist, yes, she did give the adequate notice, but they sensed something was not right. The crux came when she did turn up for her final appointment, handed the hypnotherapist their fee, apologised for messing about, and as she was about to turn around and leave, and of course, quite understandably, the professional asked what had happened.

Her boyfriend initially thought that hypnotherapy was a joke. However, when he noticed how happier she was and was already losing a few pounds, and apparently on the second session she was more vibrant, happier, more alive one might say, he suddenly changed his tune and demanded she stops. He had turned on her and made her feel stupid and weak. She made it clear to the hypnotherapist that she knew what she was saying, and she knew she was better than this, but as a professional, they could not tell her what to do, it had to come from her.

Reading this you might think that this would never happen to you, you would refuse to be controlled like that.

Yes, I agree, I dare say most would take action. But don't think for a moment that you are immune. Consider advertising for a moment. “Buy this product, or you do not fit in and no-one will like you and you will be a failure” is how some might say what advertising feels like. Is that a form of bullying?

There has been plenty of talk over the years about making bullying a criminal offence, but it never materialises.

To put it bluntly, when was the last time you saw a bully being bullied? Hardly ever. Bullies believe they have power, and society allows them to have power. Ever seen a bully being used?

Don't get me wrong, there are plenty of examples of those who were at the receiving end of being attacked year in, year out, and it made them stronger and more determined; however for every one of those, I cannot begin to guess how many others are no longer here or are forever broken.

It is time to call bullying what it is, cowardly physical/psychological assault.

A final point, what makes someone else powerful? The answer is you! 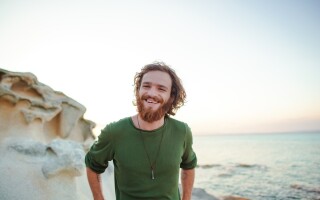 The power of positivity

I’d planned a route for my run and was three-quarters of the way through, feeling I was doing pretty well....

The effects of social media

Have you noticed that you spend too much time on social media? Or noticing it having a negative mental effect on... 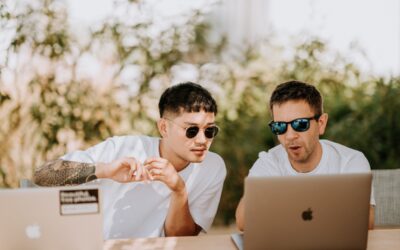 We speak to Danny Greeves, hypnotherapist, coach, physiotherapist and author about his latest book, Six Steps to...