Are you addicted to sex?

The majority of people like to have a little sex in their lives, after all; without it the human race would die off. It is pleasurable, comforting and is a way of sharing your love with someone but when does it become too much of a good thing?

Some people are happy to have the occasional dalliance with it whilst others can’t get enough. Different cultures and different religions have varying views on it. Some people believe it should only be experienced within the sanctity of marriage whilst others can be more relaxed about it and others still, can be very permissive about it.

In the last 50 years or so, sex has become a topic that people feel brave enough to talk about more openly. Until then, it was very rarely mentioned and viewed as everybody's dirty little secret. Even the first screen kiss televised attracted condemnation from Victorian like elders and poor Elvis Presley, the King of rock and roll could only be filmed from the waist upwards when he was first televised in case he corrupted impressionable youngsters and made them all want to run out and have sex with the first passer-by.

Today, there is certainly much more promiscuity than in our parents' day but the majority of people still respect their own bodies enough not to ‘sleep around’. It is definitely more accepted as a mainstream topic nowadays with people more open to discussing sex without fear of being branded a pervert or depraved.

Addiction to sex is becoming an increasing problem for several reasons in recent years.

So what is the difference between enjoying an active sex life and being a sex addict? Everyone’s’ sex drive is different so if you and your partner enjoy sex five times a day every day then that could be construed as a healthy, regular sex life. However, if the person wanting the sex feels compelled to do it regardless of the time or inappropriate situation, then it becomes a problem.

Sex releases a rush of powerful chemical substances which leave a pleasant feeling; so why would the average person not want to enjoy it over and over again? However, an addict needs to keep increasing activity to pursue the high but it is normally followed with feelings of shame and depression. They may try and stop but find they can’t and like most addicts whether it be food, alcohol, drugs or nicotine, they crave their next ‘fix’.

Like most addictions, sex can destroy the addict’s quality of life. It can cause a breakdown in relationships as the other partner may have a normal sex drive and is either exhausted or unwilling to partake in continuous sex especially if they begin to view it as a meaningless act and not an expression of their love for each other.

It may cause financial hardship too if the addict is buying sex to feed his addiction and cannot keep up with the cost. If being promiscuous there are also health implications especially if safe sex is not practiced.

Pursuing sex at all costs can compromise the person’s personal safety. They may be ruthless in their pursuit, taking risks which inevitably puts them in dangerous situations or they may have such an urge to satisfy themselves that they have sex against the other person’s wishes resulting in criminal charges brought against them.

So how can hypnosis help?

Firstly, the addict has to admit he (or she) has a problem and wants to address it when he realises the impact it is having on his quality of life. Although certain behaviours can be changed through hypnosis regardless of the client’s wishes, being congruent with the therapy and having a willingness to change is half the battle and success will occur quicker. Admitting there is a problem and working with the therapist the client will be more open to the subliminal suggestions once he is totally relaxed and in a trance like state.

Unlike most other therapies, the hypnotherapist can work mostly content free. This means he does not need to know every little detail as he is dealing with changing the behaviours from within. This in itself is reassuring to the client who may feel shame and unwilling to disclose how it makes them feel. Once the client is in a relaxed state the therapist may encourage the client to explore his past. Even if the client cannot remember particular circumstances from their past that may have been the root cause of the problem, their subconscious mind will be able to work on it and address the issue.

The client will most likely have reached the stage that he realises he needs help to overcome the addiction as it is having a negative impact on his life. The therapist can work with him to recognise the benefits of giving up this addiction and returning to a normal, healthy sex life. Perhaps he is in financial difficulty so by visualising what his life could be like if he stopped and was free of money worries will help set him on the road to recovery. Maybe his relationship broke down and family life was affected by the addiction and by looking at what he is missing out on may be enough to curb his voracious sexual appetite.

The therapist can encourage him to search past feelings of contentment and happiness and relate them to what he could feel again if he gives up his addiction. By anchoring these positive feelings to his new behaviours it will be viewed as the favourable option each time.

If you feel you have a problem with sex addiction seek advice now from a qualified hypnotherapist who will treat your addiction with respect and discretion.

Share this article with a friend
Article Tags
Sex addiction

Biodun Ogunyemi is the founder of Optimind, one of the leading hypnotherapy practices within the UK. He has practiced on Harley Street and is an experienced hypnotherapist, trained to the highest level in Advanced Hypnotherapy and NLP and is the author of over 180 hypnosis products.… Read more

Ever wondered how the process of change works? Think of the need for change as a cycle of unproductive belief...

Can hypnosis cure your sex addiction?

Because of the personal embarrassment involved, sex addiction may be the most under-reported of all addictions.... 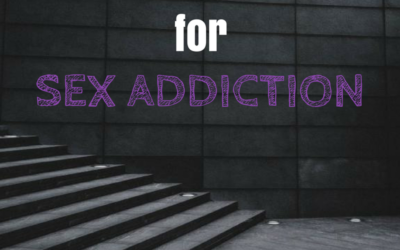 What makes a sex addict and how can hypnotherapy help?