Anxiety and how hypnotherapy can help

A staggering 16% of the population suffer with anxiety at any one time, making it one of the most common mental health problems in the UK. So what is anxiety, why does it have such a profound effect on our lives and what can we do about it?

When our ancestors lived primitively they faced sometimes daily threats to their existence. Back then their main aim was survival, making sure their offspring were kept safe so that they could pass their genes on. Back then our intellectual mind had not evolved to how it is today and so this primitive brain was only there to keep us alive. If they were suddenly faced with a dangerous animal or an angry tribesman the brain would react by raising the heart rate and flooding the brain with chemicals; all to help them get out of there asap!

So this was a very helpful response and it's still very useful today. When we are faced with a dangerous and potentially life-threatening situation our primitive brain kicks in and will make us react before we've even had time to think about it! Your brain doesn't want you to over-think in a crisis situation and effectively locks down your intellectual mind so these reactions don't have any intellectual basis behind them. The primitive brain also can't differentiate between real and imagined threats, nor can it categorise threats into levels of seriousness. What this means is that the brain can't tell the difference between an actual life threatening situation and something that makes you feel anxious; maybe you've received an unwanted bank statement for example or maybe you have a supervision at work that you are dreading.

So if anxiety goes up, the same responses happen in the brain and the intellectual mind is locked down. This means you are unable to think rationally and clearly about the situation and your brain is pumping out chemicals to make you feel like you are under threat. And this is what most anxiety sufferers experience. This primitive response also makes the sufferer obsessive and hyper-vigilant; they will end up permanently on red alert.

Anxiety can manifest itself in many different ways; IBS, insomnia, over-eating, skin complaints... the list goes on and on.

Luckily hypnotherapy can be extremely helpful in reducing anxiety. Remember that the subconscious part of the brain doesn't know the difference between imagination and reality which is extremely helpful and makes the process very effective. A hypnotherapist will use a guided relaxation to calm the mind of the client. The suggestions made will be wholly positive and will show a preferred future to the individual where they are free from anxiety and have eradicated negative and unhelpful thought patterns and behaviours. When the mind is calm and relaxed you are able to gain intellectual control and individuals will find themselves able to gain perspective over the things that have previously caused them anxiety.

So if you want freedom from anxiety so you can move forwards, feeling in control and calm, then give hypnotherapy a go!

Share this article with a friend
Article Tags
Anxiety

How hypnosis can help with anxiety around the coronavirus

As the world comes to terms with the outbreak of the COVID-19 virus many people are understandably anxious and...

With COVID-19 spreading across Europe, people feel that they are fighting against an invisible enemy which... 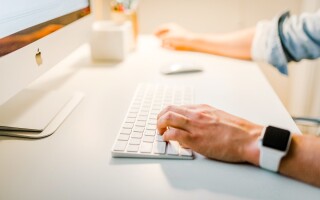 With the outbreak of the Coronavirus, there has been a huge surge in people feeling extremely anxious about their...