Anxiety and depression: Meet the family living within

Do you often say, one part of me is, but the other? If you do this as much as I do, you may suspect you don’t ‘know’ yourself very well. The truth might be the opposite; that you know yourself very well indeed.

I recently went to the first Internal Family Systems (IFS) intro day held in London. The theory from American therapist Richard Schwartz is we have an entire family living within us and they have various roles, beliefs, fears, conflicts and collusions. Schwartz came up with IFS over a decade ago and while it is very well known in America, it is still barely known here. I’m convinced this is about to change.

To put it simply, IFS claims we all have a core-self. This is clarity, creativity, centred-ness, confident, calm and a few more ‘c’ words (But none of them bad ones!). Our parts form a protective system around the core-self. If we’ve experienced bad things, they can become extreme and overwhelm the system, which is a bit like a black cloud obscuring the sun.

The therapist role is to relax the parts, unburden them of their (exhausting) activity and let the core-self shine through and drive the mothership once more.

At this point in the workshop, I was pretty excited. I like the idea that we all have a core-self to return to (And it fits neatly in hypnotherapy training that the client has all the solutions, we are not there to fix anything.) I was also excited because this therapy is giving respect and honour to all these parts rather than asking how we can get rid of them.

The beauty of this is people previously terrified of an ‘interrogation’ of their internal system, are instead held in a safe place where nothing they ‘feel’ is challenged. CBT, for example, will ask clients to judge whether a thought is useful or not and if it’s useless to swap it for something more useful.

NLP has a technique for obliterating any ‘unwanted’ feelings/memories and hypnotherapy has plenty of techniques for diminishing or re-visualising traumatic events. For IFS, this is disrespectful to ‘the part that feels it’ and in contrast, IFS would explore its role in the protective system and offer it safety and compassion.

Again, this excites me because I have spoken with many people who have had previous CBT therapy through their local GP, who tell me they fully understand their behaviour but can’t shake it off.

IFS, which effectively says ‘don’t shake it off, get to know it better and work it into a harmonious family system’ seems far more useful than all these techniques to quash or annihilate it.

In IFS, if you start judging and challenging a part, they lose all trust in you and basically will keep protecting the bit in the individual that you’re trying to reach (for healing). The part does this because it’s a protector and is serving a vital role. The therapist becomes like a family dispute mediator, giving parts space to talk about themselves, what they do and why they do it. We just have to listen and encourage re-negotiation.

Again, you will find hypnotherapists doing a similar thing; negotiating and suggesting changes in a permissive, gentle way. This has always been far more attractive to me than someone standing over my behaviour with a sledgehammer!

The concept of ‘parts’ isn’t new either to hypnotherapists. In a session, you might be asked to do a Gestalt empty chair exercise to shift you into different points of view, or you might be asked in hypnosis to visit conflicting parts inside you and negotiate with them (fascinating work developed by Roy Hunter).

I also love the idea of a core-self that should be in charge. This is us at our best; clarity, centred, calm, creative, curious. Hypnotherapists talk a lot about journeying into your inner-self, feeling calm, confident and relaxed. This seems to be the bottom line of both therapies in helping clients get to a place of self-leadership; where a core-self shines through.

In the workshop in London, most people were psychotherapists, and I was the only hypnotherapist. IFS might have taken off in America, but it is still very new here and in fact, there are only half a dozen fully qualified practitioners. But with developments in Neuroscience and increasing respect for alternative therapies, I’m convinced this is a therapy that will soon make its way into all hypnotherapists’ toolkit.

Share this article with a friend
Article Tags
Depression Anxiety

Anxiety may feel isolating and very difficult to live with on a regular day, so we can't even start to imagine how...

The 8 sneaky symptoms of anxiety 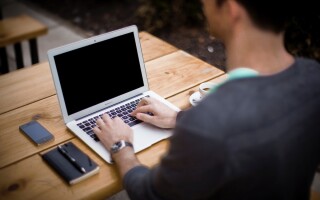 Can having good posture improve your mindset? We don’t normally give thought to our posture unless we are...