Tricks our brain plays on us

Most of us like to think we are in total control of the decisions we make and that we know the underlying causes of our beliefs and actions. In most cases, this is probably the case – sometimes however, there are psychological aspects at play. 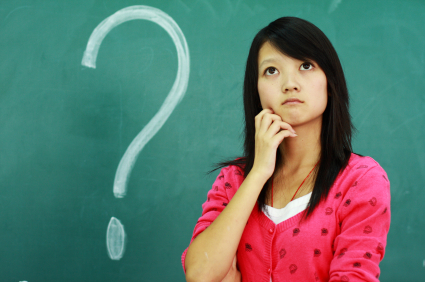 Take a look at the following games our mind likes to play:

You are more likely to say you enjoyed something if you paid a lot of money for it.

This means that if you paid £100 for a theatre ticket, you are more likely to say you enjoyed it (even if you didn’t) than someone who paid £50 for the same show. This is caused by a phenomenon known as cognitive dissonance. Explained simply, this occurs when your situation/actions/convictions contradict your true belief.

So, when your actions (in this case paying £100 for a theatre ticket) contradict with your beliefs (‘I know how to get good value for money at the theatre’), the only way to escape cognitive dissonance is to change your belief regarding how good the play was.

You believe a price ending in ’99’ is cheap because of the shape you make with your mouth when you say it.

Of course a price that ends in ’99’, such as £1.99 will at first appear cheaper as it is slightly cheaper than £2.00. But another more interesting reason why we are drawn to these prices is due to the shape our mouths make when we say it. Words that force our mouths to open wide are associated with large shapes, while words that are smaller and more angular (i.e. ‘tiny’, ‘mini’, ‘petite’) are associated with small things. A price ending in ‘ninety-nine’ therefore makes us think of a small price.

You are more likely to like a piece of art if the artist has an unusual name.

A recent study revealed that when judging the merit of an art piece we were partly influenced by the name of the artist. Participants were split into two groups and were given the same poem (attributed with two different named authors). It was found that the group with the poem written by an unusual name found it more creative than the group with a more common named author.

We make financial decisions based on an illogical ‘general rule’.

Let’s imagine you have spent £300 on a ticket to Italy for the weekend. A few weeks later you book a £150 ticket to Spain for the weekend. You think you will enjoy the Spain trip more than Italy. Later, you realise you have booked the two trips for the same weekend and need to cancel one of them – which would you choose?

Over 50% of people would choose the more expensive Italy trip, even though you think you’ll prefer Spain. This is because the more you have invested in something (money, time, effort etc.) the more reluctant you are to ‘waste’ it, even if doing so would bring you more happiness.